Christian philosopher and theologian reflects on the compatibility of critical theory, which underpins the social justice movement, and the Christian religion. He argues that the two are incompatible for various reasons. He also argues that critical theory itself faces numerous issues and contains various inconsistencies. According to Craig, critical theory,

Craig is concerned that many Christians, especially the younger ones who are students today, are being drawn into accepting the tenets of critical theory unaware of its views on politics, power, gender identity, and so on: “This movement is sweeping Christian colleges and universities and I think has become very influential even in campus Christian organizations”, claims Craig. One of the issues Craig has with critical theory is that it relies too much on experience rather than justification for views. For Craig, who is an analytic philosopher, this is far from appealing: “They just share their experiences as oppressed minorities and identify themselves with these groups, and these shared experiences are used to justify these radical theses.”

A central tenet of critical theory is that human relationships should be understood in terms of power dynamics differentiating groups into “oppressors” and the “oppressed”. Reflecting on this, Craig states,

“Sometimes Critical Theory is called neo-Marxist because of this, but it would not be classical Marxism because it’s not an economic division between the bourgeoisie and the proletariat, but rather it will be between, say, heterosexuals and homosexuals, or males and females, or white persons and non-white persons. But the relationships are viewed in terms of these power dynamics of oppressors and the oppressed.”

“And so that causes these alliances to exist between, for example, homosexuals, feminists, blacks, and other groups that are oppressed by different classes but find a commonality in their experience of oppression. So it forms these sort of political alliances among these minority groups.”

But here critics argue that there is a glaring inconsistency in critical theory. For example, critical theorists embrace the principle that no-one should be silenced because of their gender, a statement with which most people agree, and to believe otherwise would just be blatantly sexist. However, critical theory suggests that it can be acceptable to silence someone because of his gender and race, in particular if he is white and male,

“And here you see the sort of inconsistent nature of Critical Theory. If you’re a white male then you can be silenced. Why? Because you’re part of the oppressor class and therefore this moral principle doesn’t apply to you… And it’s not just a sort of fanciful, imaginary scenario. This really does happen where the proponents of Critical Theory become themselves the oppressors of persons who disagree with them. This is what Jordan Peterson has been fighting against in Canada, the kind of thought police and speech police that is so strong on Canadian university campuses.”

Craig believes that critical theory and Christianity are fundamentally different in their worldviews. In Christianity, one’s identity is in God because all human beings are created in God’s image. All people are therefore equal in value and ought to be treated with equal dignity. One finds to be a teaching of the Apostle Paul who in Galatians taught that the divisions between male and female, Jew and Greek, slave and free are all broken down. Critical theory, however, assigns unequal value in dignity to people based on their class. Craig argues that the Christian notion of human solidarity is antithetical to critical theory which wants to divide people along class lines or group lines rather than see them as unified in the image of God and sin. Christianity does not erase differences; rather, it demotes them in importance, whereas critical theory elevates them. Craig explains,

“So this is really a huge difference in that insofar as I find my fundamental identity in Christ I do not find it in my maleness or my Caucasian racial makeup or my sexual orientation. My identity is to be found primarily in Christ, and that is true with others who differ from me in significant ways.”

Another issue Craig has with critical theory is that its view of power is wrong. It sees power as necessarily oppressive. But Christians believe in an all-powerful God who does, in fact, have all the power, especially over human beings. God has infinite power compared to his creatures which would make him inherently an oppressor who is to be resisted: “We are to be liberated from God, not to be united with him in harmony. So this analysis of power is fundamentally antithetical with a Christian view of what power is.” 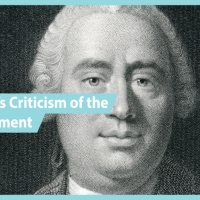 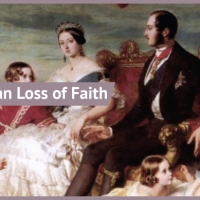 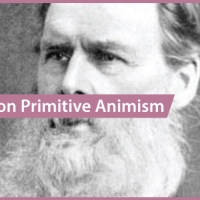 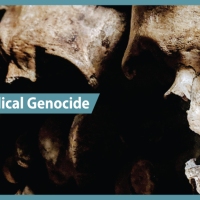