Levy-Bruhl (1857-1939) was a French philosopher, anthropologist, and historian of religion. He was interested in mental habits and the reasoning processes of archaic and civilized peoples. He wrote two important descriptive and analytical books on this subject How Natives Think (1910) and Primitive Mentality (1922).

Levy-Bruhl first established himself as a philosopher and then turned to the study of sociology where he was influenced by the ideas of Emile Durkheim and Marcel Mauss. Some criticisms of Levy-Bruhl have come from these quarters; for example, some theorists would not classify him as an anthropologist but more of a philosopher. Levy-Bruhl was never a part of the mainstream anthropological discourse in Britain, France, or the United States, and some have also criticized him for being an “armchair” theorist who lacked first-hand experience for his theories. He seemed to rely primarily on secondary data collected by sociologists, ethnologists, anthropologists, travellers, and missionaries. Other sociologists and anthropologists have, however, in recent times taken a more positive view of Levy-Bruhl; according to sociologist Vineeta Sinha,

“Levy-Bruhl, both at the time of his writing and today, has not been well-received by anthropologists, with some exceptions. Part of this is due to the fact of his being a philosopher, logician and an armchair scholar; a status that was not held in high esteem by the empirically minded anthropologists of the time. His writings were seen as mere philosophical speculations and he was often perceived as being ‘ethnocentric’, and finally his questioning of the idea of the ‘psychic and physical unity of man kind’ prevalent at the time, did not make him popular. In addition his reinterpretations (sometimes contrary to mainstream opinion) of the works of such ‘anthropological giants’ as Edward Tylor, James Frazer in Britain and Franz Boas in the United States did not help him either” (1).

Levy-Bruhl believed he could identify and isolate the major differences between “primitive” (this being Levy-Bruhl’s word) and modern, “civilized” people by contrasting their mental habits. He claimed that it is mistaken to assume that the mind of the primitive works like that of civilized man; in fact, they are diametrically opposed, which he believed is an important consideration for anyone wishing to engage in an objective study of “primitive mentality.” Levy-Bruhl writes that it is his goal to,

“… endeavour to construct, if not a type, at any rate an ensemble of characteristics which are common to a group of neighbouring types, and in this way to define the essential features of the mentality peculiar to undeveloped peoples” (2)

His major contention is that the mentality of the so-called primitive peoples was “pre-logical”, “mystical”, and pervaded by “affectional participation.” As pre-logical, the primitive’s thought was indifferent to the “law of contradiction” and therefore opposed to the mental habits of the post-Enlightenment people who practiced rationality. Civilized thought Levy-Bruhl claimed to be scientific, objective, rational, and critical of the world of invisible forces, and privileges sensory perception. As mystical, primitive thought is “at all times oriented to occult forces.” Here we find that the prelogical and mystical nature of primitive thought gave rise to belief in invisible forces and beings as if they were real. By affectional participation, Levy-Bruhl attempted to capture the primitive’s sense of connectedness with other persons and objects.

It is clear that on Levy-Bruhl’s view the primitive peoples’ mental habits did not conform to the rules of understanding typical of modern human intelligence. As evidence of his views, Levy-Bruhl referred to some tribes who thought of themselves as animals or birds: “they give forth and receive mystic powers, virtues, qualities, influences, which make themselves felt outside, without ceasing to remain what they are.” Such people are not merely thinking symbolically or metaphorically but really believed in such an identity; Levy-Bruhl writes,

“That they can be both the human beings they are and the birds of scarlet plumage at the same time appears to be inconceivable, but to the mentality that is covered by the law of participation there is no difficulty in the matter” (3).

Interestingly, Levy-Bruhl claimed that the mentality of the primitive is richer than civilized mentality. This is because the former apprehended the invisible mystic forces and that this constitutes their perceptual experience. Levy-Bruhl also distinguished himself from the view that “primitive mentality” was necessarily incoherent, irrational, or illogical as was held by some other theorists such as James Frazer and E. B. Tylor. To the contrary, primitive thought actually contained an internal rationality even though such rationality differed from civilized mentality based on rationalistic philosophy and positive science; he writes that,

“… the mentality of these undeveloped peoples which, for want of a better term, I call prelogical, does not partake of that nature. It is not antilogical, it is not alogical either. By designating it ‘prelogical’ I merely wish to state that it does not bind itself down, as our thought does, to avoiding contradictions. It obeys the law of participation first and foremost… It is often wholly indifferent to it and that makes it so hard to follows” (4).

This insight has led some writers to view Levy Bruhl more positively. These thinkers see how he attempted to apply objectivity to studying other cultures by supposing that data should be collected in the native’s own language and interpreted according to his ways of thought. Such data should not be interpreted through concepts belonging to the ethnologist’s culture. But other scholars don’t agree. E. Evans-Pritchard has suggested that by “prelogical” mentality Levy Bruhl means “little more than unscientific or uncritical, that primitive man is rational but unscientific or uncritical” (5). Such critics would maintain that Levy Bruhl has indeed imposed his own culture’s concepts on the so-called primitive peoples. Some of Levy Bruhl’s weaknesses have been claimed to be his assuming the evolutionary approach to culture and an oversimplified view of primitive mentality,

“Because he clings to an evolutionary point of view, he unconsciously assumes that cultures can be arranged in a single series from the most primitive to the most complex, and that one can trace along this same line the evolution of primitive that of the civilized philosopher and scientist. According to this point of view, cultures of the same degree of primitiveness exhibit the same mentality, and an example taken from one can be used to elucidate a feature of the other… The error lies in a failure to recognize that, although all primitive thought is alike in that it is not critical (in our sense), it is not really homogeneous. There may be an infinite number of brands of primitive mentality… just as animal organisms can exhibit a tremendous variety of structures serving the same purpose of nutrition, reproduction, etc., so human societies have profoundly different structures and thus different mentalities” (6) 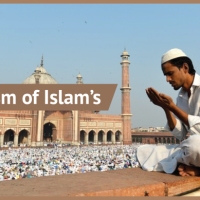