Who are the Otherkin and What Do They Believe?

The Otherkin is an alternative religious group of individuals identifying as “not entirely human” (1). Lupa’s A Field Guide to Otherkin (2007) describes the Otherkin as “a person who believes that, through either a nonphysical or (much more rarely) physical means, s/he is not entirely human. This means that anyone who relates internally to a nonhuman species either through soul, mind, body, or energetic resonance, or who believes s/he hosts such a being in hir [a non-gender specific pronoun] body/mind” (2). According to Spiritualities: Webster’s Quotations, Facts, and Phrases,

“Most Otherkin believe they have non-human aspects that are either spiritual or philosophical in nature. Some claim that they are human in a physical sense but non-human (“other”) in a mental or spiritual one. Many Otherkin attribute this discrepancy to reincarnation or a ‘mis-placed’ soul” (3).

There are numerous types of Otherkin that practitioners identify as, the most common of which include angels, demons, faeries, elves, vampires, therianthropes (persons who identify with animals and shapeshifters), and “mythologicals” (legendary creatures such as dragons and phoenixes) (4). These identities create a boundary in which the Otherkin define themselves as fundamentally different from the rest of humanity. While the rest of humanity is fully human, the Otherkin believe they are in some sense various mythological creatures. However, most practitioners do not claim that they are not human; rather, they are just not completely human. Many practitioners will associate their Otherkin identity with unusual physical characteristics or abilities, such as unusual eye or hair colour, mild deformities, heightened senses, unusual body temperatures, and physical faculties. These physical characteristics provide clues to one’s Otherkin identity. According to Joseph Laycock who has studied the Otherkin in detail, one practitioner identified as a faerie because she was born with an extra pair of ribs, suggesting vestigial wings (5). In another case a practitioner identified as a dragon,

“What I have figured out so far is that I’m a dragon of the Western variety, approximately 20 feet long (nose-tip to tail-tip) with what is likely a 7 to 10 foot wingspan, blue coloration, small scales, some gray markings, green or blue eyes (I think they change), and a bone crown as well as maybe bone-spikes along the spine which are probably retractable” (6).

Some practitioners describe sensations similar to having a “phantom limb” in which they can feel absent appendages such as wings or tails. There is also a subset of Otherkin who identify as specific characters from fiction, especially from Japanese animation, although this is a fringe phenomenon within the community (7). A smaller subset of Otherkin believe that they have recessive genes, meaning that they are descendants of a biological union between human and non-human species. A popular theory in this subset draws from the Nephilim legend of the Bible or stories from European folklore.

Origin and Brief History of the Otherkin

Laycock places the origin of the Otherkin community in the 1960s and primarily in California, United States (8). It was set in motion through various influences including counter-culture, Pagan movements, and fictional novels. Particularly influential was the work that of J. R. R. Tolkien, whose writing became popular with musicians, such as Led Zeppelin and Donovan, which also contributed to the resurgence of faerie creatures in popular culture.

At the same time, various Pagan groups were connecting belief in faeries to spiritual practices. The Elf Queen’s Daughters were the first group to identify as elves and said to have been active in San Francisco and Seattle before dying out in 1977. Some former members of this group are still active in Pagan groups such as The Church of All Worlds where they identify as elves. Over the next two decades, Pagan practices and beliefs revolving around elves and faeries continued to blur with the notion of Otherkin. In the 1980s, an Indianan group called Elf Lore Family acquired 100 acres of land they called Lothlorien. They converted this land into a nature sanctuary named after an elven community described by Tolkien.

The notion of the Otherkin was further propelled by the rise of the internet in the 1990s. The internet became a tool through which various strands of Otherkin could find one another and connect. The term “Otherkin” itself emerged through electronic mailing lists that inspired the first organized gatherings called “kin-ventions.”

Today the Otherkin community continues to borrow much from popular fantasy and science fiction. According to scholar Nachman Ben-Yehuda, for the Otherkin, science fiction answers “fundamental existential problems” in a way that science and traditional religion cannot (9). Scholar of alternative and emergent religions Christopher Partridge maintains that popular culture facilitates a “re-enchantment” that “influences metaphysical and theological questions” for many people in the West (10). Partridge cites shows such as The X-Files, Harry Potter, Buffy: The Vampire Slayer, and others in support of this premise.

Ben-Yehuda observes how the mystery surrounding the notion of multiple universes appeals to members of alternative religions, in particular the universe’s limitlessness that renders anything possible. It was in the 1990s that scholars first began taking notice of the Otherkin community as more people started forming an identity they called by this name.

Is Otherkin a Religion?

One might wonder whether or not Otherkin constitutes a religion. The answer is not clear, especially in light of the lack of scholarly consensus on what religion is. According to Laycock, “Scholarship has framed this [Otherkin] identity claim as religious because it is frequently supported by a framework of metaphysical beliefs… in addition to having a substantively religious quality, the Otherkin community serves existential and social functions commonly associated with religion” (11).

Although scholars generally consider the Otherkin phenomenon to be religious, Laycock maintains that one cannot consider it to be an organized religion given that it lacks organizational features (although it does have religious dimensions as an internet religion). An additional dilemma facing classification is that many Otherkin practitioners do not wish to label their beliefs and practices as religion. This is not unusual as various alternative religions, notably Pagans and Rastafarians, distance themselves from the religious label.

Some Otherkin even deny any metaphysical significance to their worldview, rather seeing it as a pragmatic belief system conducive to their wellbeing. What really challenges scholars attempting to classify this community is its diversity: some ascribe metaphysical significance to their worldview, others do not and are more pragmatist, and many do not want to be called religious. However, it seems reasonable to view the Otherkin as an alternative religious community. Laycock maintains that the Otherkin community fulfills two important functions frequently attributed to religion,

“First, there is evidence that Otherkin identities and belief systems serve an existential function. It has been suggested that Otherkin utilize mythology in order to fill a vacuum of meaning and identity. Furthermore, I argue that Otherkin identities provide an effective source of meaning only because they are supported by a community. Thus, the community serves a second religious function by creating a meaningful world order, what Peter Berger called a nomos. The collective aspect of the Otherkin community is key to understanding its religious dimension” (12).

An additional way Laycock suggests one can view the Otherkin is as an “audience cult”, which is a movement that supports novel beliefs and practices but without a discernible organization (13). Practitioners in such “cults” participate simply through reading books, watching television programs, and through the internet. Importantly, the Otherkin share some similarities with the Vampire alternative religion as both make similar claims supported by a common pool of metaphysical beliefs and deviant scientific theories, notably regarding the existence of subtle energy.

What does this group hold to in matters of doctrinal belief? Although some Otherkin do not ascribe to metaphysical or supernatural beliefs, many produce a personal mythology, which underscores a sort of subjectivity to this belief system (14).

Of those who ascribe to supernatural beliefs, the most common include mythological creatures and reincarnation. Most practitioners also share common ideas and language with contemporary Paganism and popular occultism. As noted earlier, the doctrinal dimension is partly a response to a rationalist-scientific worldview and the desire to find meaning in life. These practices are facilitated by secularization and the so-called “crisis of modernity.”

Additionally, metaphysical beliefs in Otherkin practitioners stem from fantasy narratives that hold to a literal corresponding reality. One belief found in a few practitioners is called “The Veil” which postulates the existence of a barrier between conventional and magical reality. Some Otherkin believe that this barrier will be destroyed and that magic will return to the world. When this happens, the Otherkin believe they will be physically transformed into their mythological true selves. According to Laycock, this forms a kind of Otherkin millenarian prophecy.

Otherkin express a desire for community, despite their individualist orientation. The community has no institutional organization, sacred texts, shared doctrines and rituals, sacred sites, and so on. And although Otherkin do meet in person, most of their interactions occur online.

Much scholarship sees the Otherkin community as a deviant religion or a spiritual movement arising from the internet, which has spread throughout the Western world. Some witnesses do attest to group activities and gatherings; for example, the journalist Christine Wicker describes an Otherkin gathering during which there were workshops and lectures on metaphysics followed by nights of wild dancing, partying, sexual liaisons, and general collective effervescence (15). Several symbols associated with the Otherkin have emerged out of such gatherings with the heptagram, a seven-pointed star, becoming the most popular, especially online.

The Otherkin collective solidarity establishes an insider versus outsider dichotomy. Insiders are fellow Otherkin who constitute the community, reinforce each others identities, and provide these identities with an objective dimension. Outsiders are those who do not share this identity and who are not a part of the community. These “ordinary” outsider human beings are often referred to as “mundanes”, although it has become increasingly popular for Otherkin to refer to outsiders as “muggles”, which is a term borrowed from Rowling’s Harry Potter series where it is a pejorative term used by witches and wizards to refer to non-magic persons.

Becoming an Otherkin is like coming to realize one’s true nature. One can experience an “awakening” triggered by dreams, nightmares, or near-death experiences. There are persons in the community such as mentors, usually persons who have already fully transitioned into the Otherkin community, who can assist others in their awakening through rituals.

Demographics and Numbers of Otherkin

There are no definite numbers for the total membership of Otherkin, but an estimate from their online presence puts its membership in the thousands living in predominantly Western nations, such as the United States, Canada, the United Kingdom, Australia, and Scandinavia (16).

Fortunately, there are at least two helpful studies looking at the demographics of the Otherkin community. From what we know, most practitioners are female. Of 850 Otherkin in one survey, 542 identified as female, 306 as male, two intersexed, and eight identified as transgender (17). The average age was 28 (18).

According to Lupa’s guide, an online survey of 131 Otherkin showed that 68 were between the ages of 18 and 25, meaning the majority are teenagers and young adults. Lupa’s sample contained 80 females, 48 males, three unspecified, five transgenders, and 36 “androgynous,” “gender fluid,” or “gender-neutral” persons (19).

1. Laycock, Joseph. 2012. ““We Are Spirits of Another Sort”: Ontological Rebellion and Religious Dimensions of the Otherkin.” Nova Religio: The Journal of Alternative and Emergent Religions 15(3):65-90.

15. Wicker, Christine. 2005. Not in Kansas Anymore: A Curious Tale of How Magic is Transforming America. New York: HarperCollins. p. 243.

16. Kirby, Danielle. 2009. “From Pulp Fiction to Revealed Text: A Study of the Role of the Text in the Otherkin Community.” In Exploring Religion and the Sacred in a Media Age, edited by Christopher Deacy and Elisabeth Arweck. Burlington: Ashgate Publishing. p. 147. 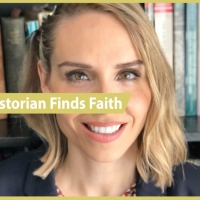