Scholar of Christianity Giorgio La Piana (1878-1971), once Catholic priest and Morison Professor of Church History at Harvard Divinity School (1926-1948), defines apologetics as a small but significant feature of Christian theology requiring a forging of new methods of defense.

La Piana certainly sees the necessity for religious apologetics. He claims that for Christians especially, apologetics has been important because should the Christian religion lose claim to its rational, historical, and supernatural purported truths then it will lose a modicum of influence in the world (La Piana 1931, 20). But indeed this would only be the loss of a modicum of influence for reason plays a small role within religion (historical and present) when compared to the emotive features of faith, feelings, passions, and instincts (La Piana 1931, 2). Where religious reason (theology) is used it comes in “afterwards to justify and systematize” religious belief and attempts to justify the work of logical considerations prioritized by other leading emotions. Theology, suggests La Piana, has still proven a force for the preservation of religious traditions but it has never been the effective power behind religion. This purportedly explains why religion is a widely embraced phenomena while apologetics has attracted a small circle of devotees,

“The great mass of believers have little need of philosophical or historical apologetics: to the rank and file, mostly simple souls, unsophisticated by any considerable degree of theological nature, Christianity is the traditional and cherished religion of family and environment, a religion that teaches them righteousness on earth and promises eternal happiness in the life beyond” (La Piana 1931, 20).

Theology and its branch of apologetics, writes La Piana, has seldom enjoyed its triumphs in peace; rather “the history of theology in all religions, ancient, and modern is a painful succession of daily tribulations, of endless attacks and counter-attacks, of strategic retreats and costly compromises” (La Piana 1931, 3). He refers to devotees of Christian faith squaring off against new foreign, alien, and sometimes heretical beliefs during the church’s historical development. In these instances, apologetics has been necessary (La Piana 1931, 4).

La Piana goes to great lengths to show how apologetics evolved over time and captured the minds of Christian thinkers during the apostolic period, the patristic age, the enlightenment, and since with the advent of secularism and philosophical naturalism. La Piana argues that the past two centuries have been a trying period for Christian theologians and laypeople alike. Many believers have grappled with these new challenges to faith, but it has not come to impact everyone within the church (La Piana 1931, 20). Those in most need of apologetic education are the “higher classes” within the church such as ministers, priests, and teachers, to whom theological and doctrinal traditions are entrusted. It is for this small group within the church that some level of apologetic training and knowledge is necessary, not only for the leader (he or she might wish to convince himself or herself of the truth of a tradition or belief before imparting such conviction to others) but also for those within his or her spiritual care. If Christianity wishes to maintain its appeal to the intellect, at least for some people, then apologetics “must be forged anew to meet the new needs” of the age (La Piana 1931, 27).

Apologetics is indeed the province of few religious believers. Although La Piana was writing in the early twentieth century there is little reason to believe that apologetics is a major area of interest for most Christians today. Most contemporary Christians show little, if any, familiarity with theological and philosophical justifications for their faith. Most will not evidence knowledge of reputable Christian theologians or theistic philosophers active in the field of apologetics.

That said, Christian apologetics does attain some level of lay interest, notably in the United States and the United Kingdom where alternative ideological and social forces to the Christian religion have a strong and ever-growing presence. Levels of public acceptance of the Christian religion, as well as the religious literacy of Christianity, have also dropped to significant degrees in these areas. Further, Christian ethical and doctrinal beliefs are no longer the accepted norm for many members of secular western societies, suggesting a need for Christian theologians and apologists to provide rational justification for their faith if it is to be taken seriously as a viable, intellectual option in the so-called marketplace of ideas.

Indeed La Piana is correct that apologetics is about the forging of new methods of defense as fresh sociocultural and ideological challenges to the Christian religion present themselves. There is, as he noted, a historical precedent to this. Early heresies in the Christian church motivated the convening of councils and the writings of ecclesiastical authors condemning unorthodox views, such as Arianism, Pelagianism, Marcionism, Gnosticism, the Judaizers, and others. The Enlightenment period produced thinkers, such as Diderot and the authors of the Encyclopedie, who challenged the political and intellectual authority of the church. No longer were supernatural superstitions deemed an appropriate explanation as science became the preferred method for obtaining truth. As such, there is every reason to expect unprecedented challenges to continue emerging over time, especially given the West’s ideological diversity.

Challenges to Christianity are further enhanced due to the growth of other religions, such as Islam, in the West, which has led to lively, passionate theological debates between Muslims and Christians. Although we can expect theologians and theological conclaves to continue attempts to preserve cherished religious beliefs through the use of reason “afterwards to justify and systematize” these, there is little reason to expect that apologetics will ever attract more than a small circle of devotees, especially given the primacy of non-rational factors in Christian faith. 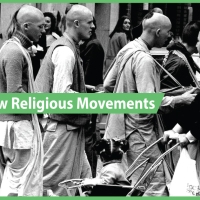 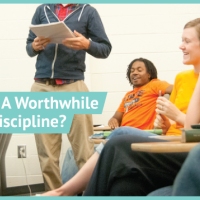