Jesus and the Infancy Gospel of Thomas: What Do We Know? 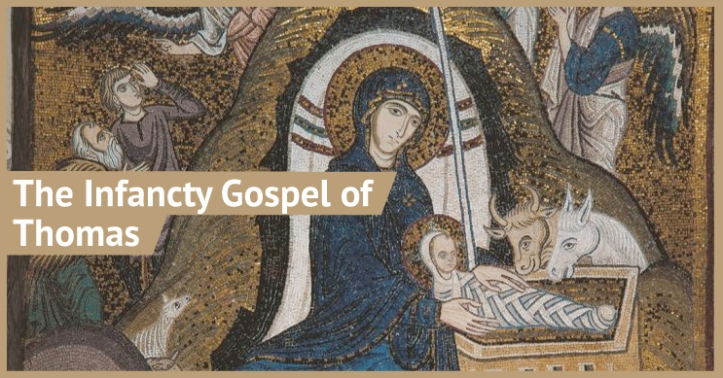 The Infancy Gospel of Thomas (IGT) is a collection of childhood stories about Jesus Christ that purports “to make known unto you the works of the childhood of our Lord Jesus Christ and his mighty deeds, even all that he did when he was born in our land…” (Ch. 1).

Christ’s Youth and Filling in Gaps

Historically we know very little about the youth years of the historical Jesus because the only early source we have for it is a pithy episode from his childhood in the Gospel of Luke. Matthew’s gospel mentions only the birth, as also does Luke. These two sources are the historian’s most reliable because of their earliness although they also present several problems, leading most scholars to say that we know almost nothing about Christ’s childhood other than that he grew up in the town of Nazareth and that he was probably religiously precocious (1). The latter detail depends on a single story included in Luke’s gospel of Christ’s visit to a temple in Jerusalem at the young age of twelve (2:41-52). The gospels pick up about eighteen or so years later when Christ first begins the ministry for which he became known. This eighteen year gap in Christ’s lifespan, however, has led scholars (and conspiracy theorists) to wonder what he might have been doing in his so-called “lost” years. Theories have ranged from the possible to the absurd. On the likely side of the scale, Christ probably worked in his father’s business. On the absurd side, Christ was a Buddhist who visited India. The IGT is one such text attempting to reconstruct Christ’s lost years and it is obvious that its author was intrigued with this area largely left untouched by the canonical gospels; according to the biblical scholar F. F. Bruce, the IGT,

“… purports to describe the doings of Jesus in his boyhood. Jesus proves to be an infant prodigy at school, instructing his teachers in the unsuspected mysteries of the alphabet; he astounds his family and playmates by the miracles which he performs. This is the document which tells for the first time the familiar tale of the twelve sparrows which Jesus, at the age of five, fashioned from clay on the sabbath day” (2).

Date and Authorship of the Infancy Gospel of Thomas

The IGT was probably written in Greek at some point in the late second century CE. It is not therefore considered an early source for the historical Jesus as it is removed by well over a century. Like the apocryphal Gospel of Thomas, the IGT claims its contents consist of the “stories of Thomas the Israelite”, hence from the original disciple himself. However, scholars are in agreement that this is not the case. According to Daniel Eastman, the IGT likely had a broad circulation and formed over time,

“From the wide variety of the Greek variants and the other versions, both geographically and in terms of content, it seems likely that the stories of Jesus’ childhood enjoyed a broad circulation around the Mediterranean, though primarily in the East. It also seems likely, as some scholars have pointed out, that the stories underwent a rather long period of oral transmission before they were written down” (3).

The Child Christ of the Infancy Gospel of Thomas

The IGT presents us with a Christ quite unlike what one might expect from the earlier canonical gospels of Mark, Matthew, Luke, and John. It is clear that the IGT is a collection of childhood miracle stories from the age of five up until twelve. It also presents a family drama as Mary and Joseph realize they have to raise an unusual child who “is impassioned, unruly, enraged” (4).

Christ is presented as being a typical child who enjoys “playing” (2:1, 9:1), “jumping” (6:2), and “laughing” (8:1), although some other behaviours of his are unusual. At the age of five, we read that he is playing in a stream and decides to use the soft clay to make toy birds which then fly away (1:2).

“This little child Jesus when he was five years old was playing at the ford of a brook: and he gathered together the waters that flowed there into pools, and made them straightway clean, and commanded them by his word alone. And having made soft clay, he fashioned thereof twelve sparrows. And it was the Sabbath when he did these things (or made them). And there were also many other little children playing with him.”

On the same day a boy, known as the son of Annas, drains Christ’s pools of water and is then cursed by him, “Your fruit shall be without root and your shoot shall be dried up like a branch scorched by a strong wind” (2:2). The boy withers to death and Christ returns home. This episode is on its surface similar to the adult Christ in the Gospel of Matthew making a fig tree whither for its lack of fruit (21:19), which could suggest that the author of the IGT had some knowledge of this gospel. When the parents of the withered boy complain to Joseph about what his son had done, Christ retaliates by striking them blind (5:1).

“And Joseph called the young child apart and admonished him, saying: Wherefore doest thou such things, that these suffer and hate us and persecute us? But Jesus said: I know that these thy words are not thine: nevertheless for thy sake I will hold my peace: but they shall bear their punishment. And straightway they that accused him were smitten with blindness.”

In another episode, Christ kills a child who bumps into him while running (4:1) and he curses the adults of his village who then go blind, although he later decides to restore their sight. In one story he curses and kills his teacher who, tired of the young Christ’s arrogance and disobedience in the class, hits him, while a teacher that gives him praise receives no harm (13:2). The parents of the stricken children evidently criticize Joseph for his inability to control his son and the community asks them to move out of the village in order to restore peace and to preserve their well being (3:3, 4:2). We later learn that Christ reverses all of his curses (8:1-2 and 14:2-4), partly in response to his teacher Zacchaeus who had successfully identified him as a supernatural being,

“And when the young child ceased speaking, immediately all they were made whole which had come under his curse. And no man after that durst provoke him, lest he should curse him, and he should be maimed.”

In other instances, Christ heals his brother James from a snake bite which saves his life (ch. 16) and he also heals a man’s foot wound after an accident with his axe (ch. 10).

Scholars differ in their interpretation of these miracles. Robert van Voorst says that the IGT puts a rather “crude emphasis on miracles” (5). Others note the IGT’s uniqueness in light of ancient history when miracles were the province of adults, not children. In fact, some scholars have argued that the youthful Christ is actually portrayed as an adult in a youth’s body (6). Specialist in early Christianity Kristi Upson-Saia argues that these miracles were likely composed by Christianity’s opponents wishing to undermine Christ’s character and authority by means of presenting a morally compromised portrait of his childhood (7). Comparisons have also been made to other significant persons of history, such as the Egyptian high priest Naneferkaptah who brought to life a wax model of a boat (8) or to the intelligence of Krishna and the Buddha at a young age (9).

The IGT goes to some lengths to show that Christ’s knowledge is superior to his teachers. For example, the text’s conclusion includes its own version of the story found in the Gospel of Luke concerning Christ’s parents, Joseph and Mary, searching for him only to find him in the temple. IGT presents Christ “as a teacher of teachers” and his knowledge not only puzzles his parents but is superior to the priests (10).

“And when they [Joseph and Mary] had gone a day’s journey, they sought him among their kinsfolk, and when they found him not, they were troubled, and returned again to the city seeking him. And after the third day they found him in the temple sitting in the midst of the doctors and hearing and asking them questions. And all men paid heed to him and marvelled how that being a young child he put to silence the elders and teachers of the people, expounding the heads of the law and the parables of the prophets.”

This is further evidenced in an earlier anecdote in which Christ reprimands his father for attempting to discipline him (5:3). Other attempts by Joseph, of whom by virtue of his mature age we would expect to have superior knowledge to the child Christ, fail when he tries to reprimand or correct Christ (1:4, 4:2). The patriarchal context from which this text emerged and of which it speaks of suggests this scene to be quite unusual. This was a period in which the father and husband were seen as the head of the household.

The message of IGT is clear: the young Christ is a divine being who is superior in knowledge and power to all others, including his teachers, parents, and the religious leaders.

Although the IGT’s value has often been diminished by scholars, some recent work may suggest a change in perspective as a number of scholars are now taking this text seriously. Although the IGT is not taken seriously as a source for events and episodes that actually occurred during Christ’s youth, it is valuable as a witness to what some early Christians thought about concerning Christ. In the IGT we find an interest in Christ’s so-called gap years, his reputation as a miracle worker, his knowledge, and interactions with his peers, parents, and community. 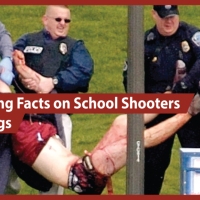 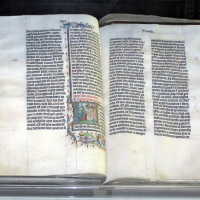