What Are the Laws of Logic?

There are three basic laws that all people use when they engage in rational discourse. These are [1] the Law of Identity, [2] the Law of Non-Contradiction, and [3] the Law of Excluded Middle. Here we shall briefly describe these laws and why we are rational to hold to them.

The Law of Identity states that everything has an identity. Central to identity are certain characteristics that constitute the entity (a ball, person, dog, watch). An entity without an identity cannot exist because it would be nothing, therefore, for any entity to exist it must exist with an identity. According to this axiom, an entity cannot possess two identities, for example, a tennis ball cannot be a table, and a truck cannot be a dog. Moreover, an entity can possess more than one characteristic, such as a tree being both rough and brown.

The Law of Non-Contradiction says that a statement cannot be both true and false. It asserts that the two propositions “A is B” and “A is not B” are mutually exclusive. We all use this intuitively. If a scholar suspects that the conclusion to her deductive argument contradicts one of her premises then she knows she has to go back to evaluate the premises. Why? Because she realizes that she made an error in logic and that her conclusion cannot logically follow. Another example could be a mother suspicious of her son’s story of what he had been doing with his friends the day before. Why? Because when she asks him questions about it he recounts multiple events that appear to contradict each other. The mother thus suspects her son of getting up to mischief because of the imaginative lengths he goes to, to convince her by harmonizing contradictory accounts.

The Law of the Excluded Middle says that a statement such as “There is a cup on the table” is either true or false, and that there is no other alternative. In other words, the so-called “middle” position, that the cup “is both on the table and not on the table” is excluded on logical grounds.

Now, these are not arbitrary laws that philosophers simply invented nor are they arbitrary constructs. Rather, they have a long history in philosophical development stemming back to Plato, and they also appear to be unavoidable in the sense that they govern all thought and rational discourse. Without them, rational and constructive discussion, debate, and criticism would be impossible.

There are two primary reasons for affirming these laws. First, those who deny them undoubtedly use them in their denials. This not only demonstrates that the laws are unavoidable but that to deny them is self-contradictory. Second, these laws are intuitively obvious and self-evident. In fact, so much so that the burden of the proof would be on the skeptic to provide a logical defeater of them.

Further, what does it mean to call the above-mentioned laws “universal,” and what is meant by them being called “laws?” First, when philosophers refer to them as universal, this means that they are universally applicable. They do not only apply to some events or occasions. For example, that a traffic light is not a dog (the Law of Identity) is not only true in Africa but also in Asia. Second, they are laws in that they are unbending, without exception, and that deviation from them is impossible. And finally, these laws are discovered. They were not invented by people. 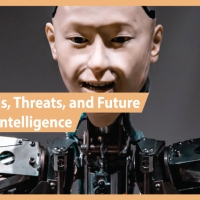