Yesterday I reported that Black First Land First’s (BLF) national spokesperson Lindsay Maasdorp stated in a debate that he would side with a rapist if the rapist was a black “brother” and if the victim was white. The black brother Maasdorp had in mind was the Mozambican convicted criminal Annanias Mathe who not only raped women (some of whom were white, although I view all rapes as equally abominable independent of who and what races are involved) but was also convicted of dozens of counts of armed robbery, theft, and assault.

It is important to remember that given incitement to violence and race based hate speech perpetuated by the BLF, most notably by its president Andile Mngxitama and Maasdorp, the Independent Electoral Commission (IEC) issued a warning to the BLF to avoid further instances of hate speech, despite the organization, claiming that it can’t deregister them for now (1). The IEC is an independent organization and South Africa’s election management body which basically conducts our national and provincial elections.

The IEC’s warning was in reference to Mngxitama’s threats he made during a rally to kill five whites for every one death of a black within the taxi industry. Mngxitama said that this advocating of genocide would include white women, children, their pets, and anything they can find in their way. Mngxitama’s statement was widely condemned by political organizations and parties (with the exception being the EFF which likely won’t surprise many South Africans) and he is now facing a torrent of legal action. The IEC warned the BLF to refrain from further hate speech on the 12th of December and the penalty would be the possibility of being deregistered from contesting the 2019 elections (2). Keep this date in mind as we proceed.

That the BLF has aspirations to contest the elections is understandably of great concern to millions of South Africans as a political party competing in an election theoretically and conceivably has a chance of governing a country and its people. Despite how unlikely governance would be for the BLF, it is worrying that a party which promotes clear racial hatred is given this opportunity. For now, the IEC has only warned the BLF to avoid hate speech, and not only has the BLF ignored this (as I will attempt to show in a recent tweet by Maasdorp) but they have also threatened to take up arms if the IEC deregisters them (3). This latter threat constitutes a clear incitement to violence, harm, and criminality from an organization that wishes to govern the nation.

In this month of December an elderly Western Cape couple were shot dead in their bed while asleep on their farm (4). As most are probably aware, the farming community is a particularly vulnerable one (although one of many such communities) and farm murders are strikingly reflective of this. However, as Renaldo Gouws, a politician in the Democratic Alliance and political-social commentator on his YouTube, has revealed, on the 14th of December, two days after the IEC’s warning to the party, Maasdorp celebrated the murder of this elderly couple with the ominous inclusion of the “1:5” ratio above the article reporting on the crime (5):

It would not be particularly difficult for one to show that Maasdorp’s “1:5” ratio stipulation is a reference to the BLF’s Mngxitama’s statement during the rally that five whites should be killed for every death of a black person in the taxi industry. This is not the only time Maasdorp has let others know of his aspirations:

Potentially, should South Africans of good conscience act on his celebration of the death of this couple, a persuasive case could be made in favour of deregistering the BLF from the 2019 elections given that, despite their full knowledge of the IEC’s warning to them (made two days prior to Maasdorp’s tweet), they still chose to promote hate speech and racism.

Perhaps this could lead to a positive outcome for all South Africans wishing to do away with racism and who wish to live in a united society in peace with one another. I would encourage fellow South Africans to not only lay charges against Maasdorp and the BLF with the police but also to make Maasdorp’s tweet known to the IEC. 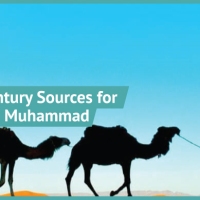