What is the Gospel of Mark? – Author, Date, Purpose, and Themes

The Gospel of Mark refers to itself as “the gospel of Jesus Christ, the Son of God” (1:1) and was probably authored by John Mark, the son of Mary of Jerusalem (Acts 12:12) and cousin of Barnabas (Col. 4:10). A date of composition anywhere between 65 and 75 CE is likely. The gospel’s audience is gentile readers and was probably written to the churches of Rome although not limited to them. Its purpose is evangelistic because it provides a basic account of the story of Jesus and his proclamation of the kingdom, with a focus on his suffering and death. The significance of Mark lies in it being the earliest biographical narrative of the story of Jesus. It is therefore an important historical source of the ministry of Jesus and its information is likely based on eyewitness evidence.

The Gospel of Mark is anonymous although its author, according to the testimony of Papias of Hierapolis (60-130 CE), “followed Peter” and received his information from him. In several places in the New Testament, one finds an association with Peter that would support Papias’ claim. In Acts 12:12, when Peter is released from his imprisonment, he went “to the house of Mary, the mother of John whose other name was Mark.” In 1 Peter 5:13, Mark is referred to as Peter’s “son” and is said to be with Peter in Rome. The indirect incidental way in which this information is offered seems to support the information provided by Papias [1].

Since Matthew and Luke use Mark’s account for much of their information, one can offer a date for Mark no later than 80 CE. José O’Callaghan has argued, based on papyri fragments discovered in a cave at Qumran, that Mark was written in the mid-60s CE, although most scholars are skeptical of these claims [2]. However, based on the author’s initial readers being subjected to persecution occurring in the 60s CE (a concern that is a significant motif in Mark’s gospel), a date of around 65 CE seems reasonable.

This date is also just shortly after Peter’s death, from whom Mark’s author receives his information. Further, some scholars argue for a slightly later date placing Mark around 75 CE. Dates given for and after 70 CE have been justified on Mark 13:2 referring to the destruction of the Temple in Jerusalem. Since this event occurred in 70 CE, Mark must have been written after it happened. Mark was likely composed between 65 and 75 CE.

It is difficult to know where and to whom the Gospel of Mark was written, but the Roman association seems strongest. Clement of Alexandria (ca. 200) accepts the tradition of the gospel’s Roman origin: “When Peter had publicly preached the word at Rome, and by the Spirit had proclaimed the Gospel, those present, who were many, exhorted Mark… to make a record of what was said; and he did this, and distributed the Gospel among those that asked him” (Eusebius, Hist. eccl. 6.14.6).

Internal evidence points in this direction too. We have, for example, many Latin words not found in any of the other gospels. Mark also makes modifications with Gentiles in mind; for instance, in 7:19, the author removes the dietary restrictions and 10:12 seems to have been added for Gentile readers, whose wives had the right to divorce their husbands, unlike Jewish wives. Moreover, Mark’s various references to persecution fit the context of Emperor Nero in Rome in the 60s CE. These clues, while not proving the Roman association to the gospel, are consistent with such an association.

The Purpose of Mark

The author wants to present to readers the “gospel of Jesus Christ, the Son of God” (1:1). His purpose is evangelistic. The author also wants to record some of the words and deeds of Jesus. Mark is interested in showing the hostility and opposition to Jesus from his own people, how he was rejected by the Jewish people, and crucified by the Romans like a common criminal.

Jesus went to his death willingly and by design (10:45). He did not go as a criminal, but as one who was misrepresented and misunderstood. He wished to give this life for others. Mark’s gospel also emphasizes the suffering of the disciples. The author speaks of a community of believers who were victims of persecution (cf. 4:17; 10:30; 13:9-13).

As mentioned, content in Mark’s gospel is used by the authors of Matthew and Luke, which means that it provides the basic foundation and outline of the story of Jesus. Although never the goal of the author to present a chronology, we still find in Mark a basic outline of Jesus’ ministry:

This basic Markan outline is accepted by Matthew and Luke, although there are variations, changes, and additions. This outline is also constant with the Gospel of John to a considerable degree.

First, there is the promise and fulfillment perspective that continues the story to its climax. Mark quotes Malachi and Isaiah: “Behold, I send my messenger before thy face, who shall prepare thy way; the voice of one crying in the wilderness: Prepare the way of the Lord, make his paths straight” (1:2-3). Mark introduces John the Baptist who is the one to prepare the way for Jesus as the Messiah. Jesus is presented as the fulfillment of the promises of Scripture and the hopes of Israel. This motif of fulfillment is found in various places in Mark (e.g. 4:12; 7:6-7; 11:9–10; 12:10-11, 36; 13:26; 14:27, 62).

Healings are confrontations with the kingdom of darkness. Consider Mark 1:34 where Jesus healed many who were sick with various diseases and cast out many demons: “he would not permit the demons to speak, because they knew him”. Jesus is presented as confronting the powers of hell. The demons have no doubts about the identity of Jesus. Jesus also went on “preaching in their synagogues and casting out demons” (1:39). Jesus’ battle with the kingdom of darkness and Satan is strongly emphasized throughout Mark (3:15; 5:1-20; 6:7, 13; 7:25-30; 9:14-29).

Fourth, there is the passion narrative. Jesus asks his disciples who they think he is. Through Peter, the disciples answer: “You are the Christ” (8:29). Jesus then speaks of his death: “And he began to teach them that the Son of man must suffer many things, and be rejected by the elders and the chief priests and the scribes, and be killed, and after three days rise again. And he said this plainly” (8:31-32). Jesus is stating his primary purpose to accomplish a redeeming death. Jesus teaches and performs wonders, but these do not constitute his primary purpose; rather, he came “to give his life as a ransom for many” (10:45).

Mark’s narrative thus prepares for the cross and the prediction of the passion is repeated twice in the next two chapters (9:30-32 and 10:32-34). The story of the passion is told in chapters 12 through 15 and is shown, through citing the Old Testament, to be the fulfillment of the will of God.

The resurrection is the climax of the passion although no further attention is given to it, which makes Mark differ from the other gospels. Some have argued that this may be the result of the original ending having been lost [3]. Important to acknowledge is that the final passage in Mark (16:9-20) is not found in some manuscripts, including the two oldest, which has led scholars to view these final verses as having been added in later to account for the resurrection.

Mark emphasizes the humanity of Jesus despite his high Christology; for example, we read that Jesus experienced anger (3:5), was indignant (10:14), felt pity (1:41), marveled (6:6), loved (10:21), and “sighed deeply in his spirit” (8:12). These passages are paralleled in Matthew and Luke, although they try to avoid the “human” language. To see this, compare Mark’s and Luke’s accounts of the same healing: in Mark 3:5, we read that Jesus “looked around at them with anger and sorrow at their hardness of heart. Then He said to the man, “Stretch out your hand. So he stretched it out, and it was restored” (emphasis added). In Luke 6:10 we find Jesus’ anger being omitted: “And after looking around at all of them, He said to the man, “Stretch out your hand.” He did so, and it was restored.” Mark’s gospel presents Jesus as both the Messiah and a fully human person.

A final theme is Jesus’ conflict with the Jewish authorities. We read of confrontation narratives in Mark 2:1-3:6 where Jesus is opposed by Jewish leaders. In 3:6, the Pharisees and the Herodians begin to plan “how to destroy him.” The authorities are angered at Jesus for forgiving the sins of the paralytic, for his fellowshipping with “tax collectors and sinners” (2:15, 16) and for his failure to obey the Sabbath. Jesus portrays the Pharisees as “hypocrites,” applying Isaiah 29:13 to them. He chastises them because they “leave the commandment of God, and hold fast the tradition of men” (7:1–13).

Regarding the Sadducees, Jesus claims that they “know neither the scriptures nor the power of God” (12:18–27). The Pharisees and Herodians attempt to trap Jesus in his teaching (12:13-17), Jesus criticizes the scribes for seeking their own glory (12:38-40), and the chief priests and scribes plot to kill Jesus (14:1). The elders and the teachers of the law arrest Jesus in the garden (14:43) and meet with the whole council (15:1) before handing him over to Pilate. 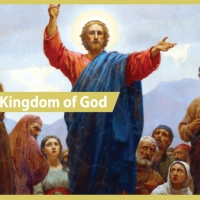 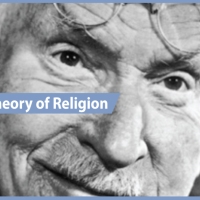