What are New Religious Movements?

Scholar Eileen Barker explains that definitions have an important role in any academic study because they help scholars identify a specific phenomenon about which they can effectively communicate (Barker 2004, 89). They are useful for constructing boundaries against which they can exclude phenomena that do not fit the mold, which positively simplifies the scholar’s task.

According to John Melton, new religious movements (NRMs) are “small, ephemeral, deviant, weird, and largely irrelevant religions on the margin of culture” (Melton 1993, 111). Robbins suggests them to be “misaligned with dominant cultural and institutional patterns” to which they represent “alternatives” (Robbins 2005, 108). They constitute an alternative to the more dominant and established voices in both religious and secular cultures (Melton 2004, 75).

NRMs are incredibly diverse and vary in size, constitution, leadership style, belief, practice, ritual, and more (Beckford 2003, 33). It is also because of their small size that NRMs are often invisible. Indeed scholars are aware that these religions exist because they have observed and studied them, but many others are unknown due to their lack of visibility (Barker 2004, 97). Some are difficult to trace and many are known only by a member’s relatives and friends (Barker 2004, 97). This gives them an invisibility to general society, which tends to reflect in the general public’s interest levels. According to the scholars at INFORM, of the more than 5077 movements the academic body has on file, they receive annual inquiries from the general public, students, media agencies, and fellow researchers on just forty-one groups, with interest being on those more widely known, such as Scientology, Jehovah’s Witnesses, and the Unification Church (INFORM 2019, 5-6).

Robbins and Bromley highlight how the category of NRMs is increasingly contested, which has muddied the work of sociologists, scholars of religion, and state officials concerned with social policy (Robbins and Bromley 1993, 92). Barker wonders if it is even possible to claim anything is “new” given all things, including religions, make use of pre-existing components that have been handed down from the past (Barker 2004, 92). Further, as scholars have asked, when does a NRM become an old one? (Barker 2004, 99; Robbins 2005, 104) Does it take ten years or perhaps thirty years for the movement to change classification?

In answer, Barker suggests that “newness” can apply to several categories within religions, such as their social and/or geographical location, beliefs, practices, and organization (Barker 2004, 93). Many scholars thus argue that the International Society for Krishna Consciousness (ISKCON), for example, is rightly considered a NRM because it contains several fundamentally new features, such as its social formation and geographical location (in the West), and because of its appeal to the hippie culture of the time and to predominantly young, White Westerners (Barker 2004, 93).

One criterion that has been proposed and is worth noting is that emergent religions denote first-generation religious movements primarily targeting young adults as recruits (Melton 2001, 242). This presents a very discriminatory criterion of which few traditions satisfy. It would, however, helpfully classify very recent twenty-first-century movements such as Jediism, Kopisim, the Global Peace Foundation, and the Genesis II Church of Health and Healing.

NRMs are often referred to as movements and traditions. Robbins and Bromley note that the concept of a movement has been a topic of discussion: is a movement best understood as a community or as an organized group? Does it refer to theological currents or perhaps to diffuse subcultural amalgamations like the contemporary New Age movement? (Robbins and Bromley 1993, 91) According to Barker, some new religious movements might “more appropriately be called groups, others communities, and yet others organizations, societies or networks” (Barker 2014, 238). Although these categories are diverse, Barker suggests it is appropriate to use the term “movement” without needing to make a significant distinction between them.

The term “tradition” is more nuanced and can be understood to denote a constellation of practices, beliefs, and institutions used to describe a common type of religiosity practiced by individuals and groups (Sherkat 2015, 377). Tradition accounts for the diversity of movements and groups whose members may hold beliefs, although some may be shared. Also important to a tradition are texts, both foundational (the Bhagavad Gita for the Hare Krishnas, for example) and other (the Bible as it is, for instance, treated as supportive of the claims made by several UFO groups who appeal to its text), actors (members of the tradition who use language, reason, and texts), dramas (stories about the activities and experiences of members), the use of reason to solve practical issues, and power relations (Asad 2009).

Although it is difficult to calculate the rate of success of these movements, Rodney Stark estimates that “no more than one religious movement out of 1,000 will attract more than 100,000 followers and last for as long as a century. Even most movements that achieve these modest results will become no more than a footnote in the history of religions” (Stark 1996, 133). 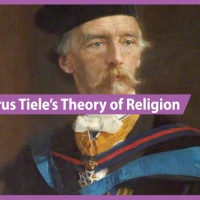