Olympe de Gouges and Feminism during the French Revolution

Women like Olympe de Gouges (1748-1793) not only played an active role during the French Revolution (1789-1799) but also generated new demands for the advancements of women’s rights.

Historical events within the French Revolution provided women with the opportunity and the platform to become involved in the intellectual discussions of their day. Increasingly they begun taking part in public demonstrations, publishing newspapers, and creating their own political clubs when they were excluded from male-dominated assemblies. In 1789, thousands of working women marched on the palace of Versailles demanding bread and their actions contributed to efforts that resulted in the toppling of the French monarchy. Perhaps most notable was the Society of Revolutionary and Republican Women established in 1793 that promoted gender equality and attempted to provide a political voice for women. This group argued that citizenship in a republic should allow rights and responsibilities for women.

During this period of French history, the playwright and activist de Gouges composed her writings and plays. De Gouges was forced to marry against her will at the young age of sixteen, although this did fashion for her a place among the French aristocracy. After the death of her husband, a point marking an end to a short and unhappy marriage, de Gouges relocated to Paris where she became active in social and political causes. She was particularly interested in divorce, unmarried mothers, maternity hospitals, and orphans. She was also concerned with issues relating to the elderly, poor, unemployed, and black people. Her plays became an influential medium for critiquing views she considered inhumane as well as for defending her own. They addressed the evils of the slave trade operative at the time and challenged male authority within society. De Gouges soon made a name for herself and became part of the intellectual elite in Paris. She was well-versed in the themes of the most influential thinkers of her day and produced as many as forty plays, two novels, and almost seventy political pamphlets. By far de Gouges’ most influential work was her five-part pamphlet The Declaration of the Rights of Woman and the Female Citizen (1791). She contended that women should have the same rights as men and, as one of the first women writers to do so, argued in favour of the full citizenship of women. Certainly, de Gouges had her critics and detractors, some of whom accused her of being illiterate. However, her familiarity with thinkers such as Moliere, Paine, Diderot, Rousseau, Voltaire, and many others, the breadth of her interests, and the speed with which she replied to published criticism certainly proved otherwise. At the age of 45, de Gouges was arrested during the period known as the Reign of Terror and executed by guillotine for criticizing the government.

Other playwrights beyond France with feminist concerns were active around this time. The American playwright and essayist Judith Sargent Murray (1751-1820) challenged the widespread notion of female inferiority. In the essay On the Equality of Sexes (1779), she argued that women had the ability to match men if they were too afforded the rights to a similar education. A similar idea was presented in Mary Wollstonecraft’s A Vindication of the Rights of Woman (1792). Wollstonecraft also emphasized the importance of education and argued that from childhood females were taught their inherent inferiority and subordinacy to men. Back in France, however, feminist concerns had come to a halt after three politically active women in the form of de Gouges, Madame Roland (1754-1793), and Charlotte Corday (1768-1793) were executed. This temporarily deterred women from expressing political views. 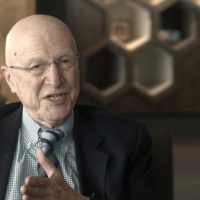