An Introduction to Feminism 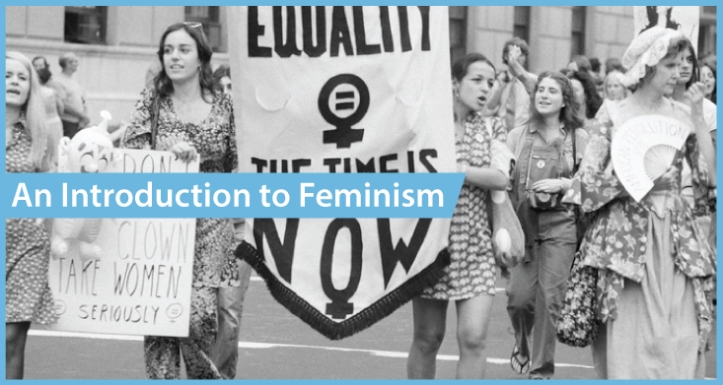 For several centuries women have been analyzing, observing, and speaking out about the inequalities they face as a result of their sex. These many voices would contribute to a social movement that we can refer to as feminism.

Feminism as a concept did not emerge until 1837 when the Frenchman Charles Fourier first used the term “feminisme.” The concept soon found its way into the United States and Britain. There it formed into a movement with the goal of achieving economic and social equality between the sexes. It also wanted to end sexism and the oppression of women by men. Because of the diversity in early feminism due to its often different aims and goals, various strands of what constitute feminism have developed and exist today. Few would deny, however, that feminist ideas have since had a significant influence on society, which has made it one of the most important movements of our time.

Feminism is premised on the idea of male dominance that is rooted in the system of patriarchy, a system believed to have underpinned most human societies for centuries. In these societies, men created institutions that reinforced their power and resulted in the oppression of women. Male rule was imposed and could be found in nearly every sphere of society, from the government, law, and religion, to marriage and the home. Under such a system, women were viewed as powerless and subordinate to male rule. They were also viewed as inferior in terms of their intellectual, social, and cultural abilities. Although they did exist, women who actively challenged these enforced rules and regulations were few, likely because men have controlled the historical record. However, a greater emphasis on individual liberty grew during the enlightenment period in European history. It was during this era that women really began drawing attention to the injustices they experienced in society. These many concerns would find a place in the revolutions in the United States (1775-1783) and France (1787-1799), during which women campaigned for freedom, although their efforts were largely unsuccessful at the time.

Sociologists have identified three main waves or time periods of feminism, although some feminists in the twenty-first century have included a fourth wave. Each wave has been triggered by specific events. But some find the waves metaphor problematic as it reduces each wave to a single goal when feminism is actually a constantly evolving movement with a wide spectrum of aims.

The second-wave, presented under the slogan “the personal is political,” began in the 1960s and was influenced by writings that had emerged during the war period. These feminists argued that the legal rights gained during the first-wave had not led to any real improvement in their everyday lives. They thus shifted attention to concerns of inequality in areas of the workplace and family. The second-wave has also been identified with the Women’s Liberation Movement which itself attempted to identify and put to end female oppression. During this period, new courses on feminist theory were found in universities, which led to further analyses of ideas of gender. As a result, organizations sprung up to tackle injustices. For example, women took back command of birth control from a male-dominated medical profession, fought for the rights to legal abortion, and stood up to physical assault. The second-wave ultimately lost power during the 1980s because of an increasing factionalism and a conservative political climate. The 1980s also saw an emergence of black feminism and the idea of intersectionality. These feminists recognized that there were multiple barriers facing women of colour that feminism, having been dominated by white women, had failed to address. The idea of black feminism was first presented by Kimberle Crenshaw and appealed to many in the United States, United Kingdom, and those in former colonial countries.

There was also the third-wave feminism spearheaded by the influential Rebecca Walker who once claimed: “I am the Third Wave,” a statement she made in an 1992 magazine article. Walker responded to the acquittal of an alleged rapist in the early 1990s and argued that women were still in need of liberation. The third-wave is home to much diversity, which means it also produced conflicting strands. A major division concerns the appropriate or inappropriate notion of “raunch culture” (overtly sexual behaviour) as an expression of sexual freedom. Other divisions are seen in debates over the inclusion of transwomen in the movement and whether or not feminist goals are attainable in a capitalist society.

Feminism, its ideas, discussions, and debates have found their way into the twenty-first century largely due to the rise in technology resulting in a flourishing of feminist blogs and social media. Today the movement addresses sexual harassment in the workplace and many other issues. This, to many, has made feminism relevant for today’s modern world.