Why Does the Qur’an View Christians as “Tritheists”?

Anyone familiar with the fundamentals of the Christian religion will be aware of the historic and contemporary centrality of the doctrine of the Trinity. According to this doctrine, God is a single Being who has revealed himself in the three eternal yet distinct persons: the Father, Son, and Holy Spirit. How this exactly works has been a question of much Christian theological speculation throughout the last 1700 or so years. Our purposes here are to view, very briefly, the evolution of theological speculation on the Christian God and the eventual formulation of the Trinity, which became the orthodox Christian concept of deity. We will then look at some of the Qur’an’s views on the Trinity.

The Development of the Doctrine of the Trinity

Indeed it took time for Christians to develop the doctrine of the Trinity. We know that no Christian for the first three centuries post the death of Christ was a trinitarian in the sense of believing that a single God contained equally divine “persons” in the Father, Son, and Holy Spirit. In fact, earlier Christian thinkers like Origen (ca. 186-255) presented a subordinationist theology which saw the Son and Holy Spirit as in some sense subordinate to, derivative of, or less than the one God in the form of the Father. Tertullian (ca. 160-225) proposed a triad theology with God as the founding member who brought into existence the Son, who then brought into existence the Spirit. Each member is made of the same matter, thus making them one substance although not exactly the same. To Tertullian, the Son can be considered divine only because he was created from some of the same matter that the Father is composed of. Tertullian did not believe that the triad constituted three distinct gods but that they all originated in the Father, thus affirming monotheism.

It took the Arian controversy to further propel forth theological development on the Trinity. Arius (ca. 256-336) propagated a subordinationist view that held the Son of God to have been a creature created by God. This resulted in Arius being excommunicated by the bishop Alexander of Alexandria (d. 326), which was followed by a series of councils in which subordinationists and anti-subordinationists (those Christians who held to the Son’s eternality and equal substance with the Father) vied for the upper hand. The council of Nicea, which had arisen in response to the Arian controversy, concluded that the Son is “of the same substance [homoousios] as the Father.” Although this was a step in the Trinitarian direction, it ultimately took Alexandrian bishop Athanasius to provide the anti-subordinationists the superior position. In little time was the Holy Spirit added into the mix and the church arrived at a single Godhead in the form of the Father, Son, and Holy Spirit. The orthodox view of the Trinity was thus finally established within the fourth century and has been a staple of Christian belief until the contemporary period.

This has relevance for our engagement with the Qur’anic text given that the Prophet Muhammad, believed by Muslims to have received the verses constituting the Qur’an, came onto the scene three centuries after the Trinity had been accepted by the church. We may safely affirm that the orthodox Christian view since the fourth century CE was that the second person of the Trinity, the Son, took on human nature in Jesus Christ with the purpose of ultimately reconciling alienated human beings with their Creator.

The Qur’an and the Trinity

The Qur’an certainly shows an awareness of this Christian belief although exactly how accurate it is can be debated. Regarding Jesus Christ, although calling him the Messiah (3:45, 4:157), the Qur’an does not accept that he was divine or the Son of God. The Prophet Muhammad taught that nothing within the created order, let alone a human being, could be called divine. This conviction underpins the doctrine of shirk, which is the serious sin of idolatry. Shirk is an Arabic term that literally translates to “association” and therefore refers to associating anything within creation with the eternal God and to offer it worship. Indeed for the Muslim, a Christian worshipping Christ (who is a prophet within the Islamic tradition and thus still a human being) is to clearly commit the sin of shirk. Christians are thought to deify Christ and therefore make him a rival to the one true God. Understandable then is the Qur’an’s repudiation of Orthodox Christianity’s doctrine of the Trinity. We find the Qur’an addressing the Trinity in the following verses (emphasis added in bold):

“Christ Jesus the son of Mary was no more than an apostle of God, and His Word, which He bestowed on Mary, and a Spirit proceeding from Him: so believe in God and His apostles. Say not “Three”: desist. For God is one God. Far be it from Him that He should have a son!” (4:171).

“They do blaspheme who say, ‘God is the third of three in a Trinity,’ for there is no god except One God. If they desist not from their word (of blasphemy), truly a grievous penalty will befall the blasphemers among them” (5:76).

“And behold! God will say, “O Jesus, son of Mary, did you say to men, ‘Take me and my mother as gods besides God?’” He will respond, “Praise be to God! It is not fitting for me to say what is not mine by right. If I had said it, Thou wouldst have known it. Thou knowest what is in my heart, but I do not know what is in Thy heart. For Thou knowest in full all that is hidden. I never said to them anything except that Thou didst command me, ’Worship God, my Lord and your Lord’” (5:119-20).

What do these verses teach?

It is clear that Q4:171 exhorts Muslims to avoid calling God “three” on the grounds that “God is one God.” This verse takes the Christian conviction that Christ is the “Son of God” to be a belief in a literal sexual union between God and Mary, which produced Christ, the Son. As such, Christ was thought by Muhammad to be a literal son of God in the same way a child is deemed the literal son of a father within a familial relation. Muslims emphatically reject such an idea as God is a spirit and therefore can have no body with which to beget a son. Sexual intercourse is viewed as a carnal, lower act and therefore not something one can ascribe to God. To ascribe anything to a transcendent God is, according to Q5:76, to blaspheme and therefore invite a grievous penalty on oneself. Q5:119-20 affirms that Muhammad thought Christians believed Mary was a god, or one among the three gods they believed in and worshiped. This supposed Christian conviction ultimately had its origin in some men, presumably Christ’s followers, who believed that Jesus taught he and his mother were gods besides the one true God. The Qur’an presents Jesus rejecting that he ever taught such a lie.

What Explains this Tritheist Conception?

Indeed these are problematic views of Christian beliefs concerning the Trinity. Although views of this doctrine have differed, especially during the first three centuries of the emergence of Christianity, we know of no Christian community that taught Mary was divine, with the exception of the Choloridian sect several centuries prior to Muhammad. The Choloridians were viewed as a heretical group because they believed that the Virgin Mary is a goddess to whom one could make offerings of cakes and bread rolls. Evidently, this did not go down well with those in the church as around 375 CE the bishop Epiphanius of Salamis, Cyprus, wrote critically about them in his Panarion. We know little else about this religious group. Further, no Christians that we know of taught that they were tritheists who believed in and worshiped three gods.

These misunderstandings suggest that Muhammad and/or the authors of the Qur’an did not have an accurate knowledge of the orthodox Christian Trinitarian view, which had been established well before the seventh century CE. But why is this the case? What explains the Qur’an‘s misrepresentation of this fundamental Christian belief? There are a few possibilities.

One possibility is that the Christians Muhammad interacted with did not accurately clarify what they meant by the Trinity, which would have then facilitated the Prophet’s own misunderstanding as it became embedded within the Qur’an. This must be considered a possibility in light of the doctrine of the Trinity not being a particularly easy concept to grasp and articulate, even by Christians themselves. Another possibility is that Muhammad paid little attention to what Christians said they believed and therefore misunderstood them. He could have picked up on an extra-canonical Judeo-Christian tradition circulating in seventh-century Arabia, which might have promoted a subordinationist view that instilled in the Prophet the notion that Christians worshiped three gods, perhaps with the Father being the most important of the three. This is certainly a possibility for we know that the Prophet imbibed extra-canonical Christian apocryphal legends and forgeries and included their traditions in the Qur’an, presumably thinking that they represented the activities of the historical Jesus and therefore what the earliest disciples and Christians believed about him. The supposed heretical belief regarding Mary that goes back to the Choloridians could have been present in the Arabia of Muhammad’s time. It is possible he conflated their belief with the orthodox Christian Trinitarian concept.

The Prophet did not seem to have an extensive knowledge of the biblical traditions or of Christian beliefs. Although he evidences an awareness of some biblical figures, some of whom appear in the Qu’ran as Muslim prophets, he is silent about great swathes of the Bible and biblical history. In some cases, the way that Muhammad describes some of the twenty-five or so recognizable biblical figures differs greatly from the biblical material, which suggests he did not have direct access to a Bible, although her certainly viewed these figures as important. If Muhammad did not have much familiarity with biblical tradition then it seems less likely that he would have a sufficient knowledge of Christian beliefs, such as the Trinity, and debates and discussions that had surrounded such beliefs. 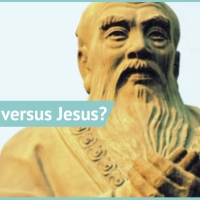 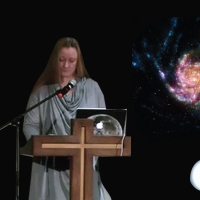