Auguste Comte: Religion and the Evolution of Human Consciousness 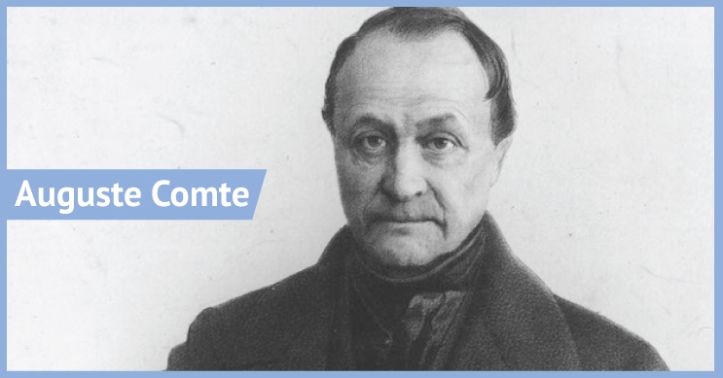 The French positivist philosopher and mathematician Auguste Comte’s (1798-1857) goal was to produce a progressive view of human history that could find use in improving humankind’s social and political conditions. Comte’s “three-state law”, which proposes an evolutionary development of human consciousness, was his means of doing this and can be added to a reservoir of other theorists who forwarded similar evolutionary ideas, such as E. B. Tylor, James Frazer, and Herbert Spencer.

Referred to as the three-state law, Comte claimed that society and, above all, human consciousness passes through three major stages: first the theological, then the metaphysical, and finally the positive-scientific,

“The human mind, by its nature, successively employs in each one of its researches three methods of philosophizing, of which the character is essentially different and even radically opposed: at first the theological method, then the metaphysical method, and finally the positive method” (1).

Comte’s three state law model was influenced by Saint-Simon (1760-1825), the founder of socialism, who was himself reputable for his ideas on human civilization and social reform. Saint-Simon proposed a theory of the evolutionary development of human thought which he posited evolved through the phases of polytheism, monotheism, and metaphysics. On his view, only the start of the positive science stage had begun to occur. Comte was influenced by these views and wanted to illuminate a progressive chronicle of human history so that humanity’s social and political conditions could be improved. Thus was born his three-state law model, with each state possessing its own “methods of philosophizing.” This means that the goals human beings set themselves differ within each state and have a certain trajectory and set of questions. Not only are these states different but they are often, in Comte’s view, in radical opposition to each other. Regarding the first theological state, Comte writes,

“In the theological state, the human mind, essentially directing its researches towards the intimate nature of beings, the first and final causes of all the effects which strike it, in a word, towards absolute knowledge, represents the phenomena to itself as produced by the direct and continuous action of more or less numerous supernatural entities, of which the arbitrary intervention explains all the apparent anomalies of the universe (2).

While in this phase, human beings were in search of the primary and final causes of phenomena and explained the workings of the universe as the result of the interventions of supernatural agents. Comte further divides this into three subdivisions: the fetishistic, polytheistic, and monotheistic. He argues that human consciousness transitioned through these three substates by a process of abstraction (3). For instance, in Greek mythology, a dryad or a tree spirit was first assigned to a tree and then came to be replaced by a god of the forest, who eventually evolved into a Supreme Being. This is then followed by the metaphysical state,

“In the metaphysical state, which is basically but a simple modification of the first, the supernatural agents are replaced by abstract forces, veritable entities (personified abstractions) inherent in the various beings of the world, and conceived of as capable of engendering by themselves all the observed phenomena, of which the explanation in that case consists in assigning the corresponding entity for each one (4).

As he notes, this involved a simple modification of the theological state. In other words, the questions did not change but the answers to them did, as answers involving supernatural agents were replaced with abstract entities. Consciousness then transitions to positive science:

“Finally, in the positive state, the human mind, recognizing the impossibility of obtaining absolute notions, surrenders all claims to search for the origin and the destination of the universe, to attach itself solely to the discovery, by the well-combined usage of reasoning and observation, of their actual laws, which is to say their invariable relations of succession and similitude. The explanation of facts reduced in this case to its real terms, is henceforth nothing more than the linkage established between the various particular phenomena and some general facts of which the progress of science tends more and more to diminish the number” (5).

The positive science state presents, unlike the earlier transition from the first state to the second, a rather radical change as it is where human consciousness stops looking for causes of phenomena and limits itself to only the laws that govern them. The laws, says Comte, are accessible through the powers of empirical observation and reason that endeavors to discover “the actual laws of phenomena, that is to say, there invariable relations of succession and likeness.” The mind now, rather than appealing to the supernatural or to metaphysics, seeks to explain natural phenomena in terms of general facts concerning relations among phenomena. This is “the progress of science.”

Returning to Comte’s view of the earliest theological state, it is clear that he associated religion with thinking that existed at the beginning stage of human intelligence. On such a view, religion was (and is) the mental childhood of the human race so to speak. However, Comte did see theological thinking as necessary because it provided modes of thought that could be examined and improved upon, although eventually transcended. This occurred, as we have seen, via “a gradual transition” into the metaphysical state, which itself was a sort of transitional phase serving only to transfer consciousness between theology and positive science. Earlier we noted that Comte viewed his three states, or at least some aspects to them, as not only different but in opposition. This is a perception he holds of theology and positive science,

“Theology and physics are so profoundly incompatible and their conceptions are so radically opposed in character, that, before giving up the one in order to employ the other exclusively, the human intelligence had to make use of intermediate conceptions, which, being of a hybrid character, were eminently fitted to bring about a gradual transition” (6).

There is a sense of inevitability in Comte’s positive science crescendo as the progress of human consciousness followed a progression that rendered it impossible or anachronistic to take up the concerns of the earlier theological state when humanity had come to recognize the superiority of positive science. According to Comte, human consciousness was “bound to follow” this sequential development. Inevitable it was then that the theological frame of mind would be transcended and left behind.

Although viewing the theological (and religious) state as serving a useful function during humanity’s mental childhood, it is clear that to Comte religion had been made obsolete. The theological state is certainly not a contemporary but, in fact, a profoundly archaic mode of consciousness that attempts to make sense of the world. 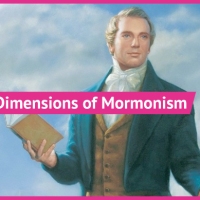 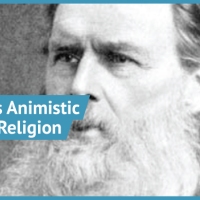