Is a God Refuted by the Multiverse? 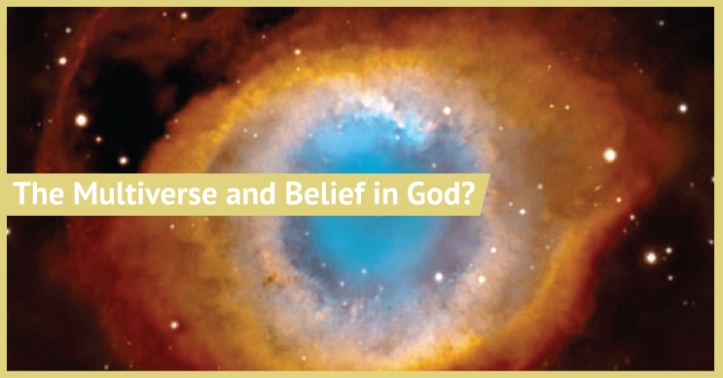 Philosopher William Lane Craig identifies the motivation behind the popularity the multiverse hypothesis has had within certain skeptical circles, “Indeed, I suspect,” explains Craig,

Craig is referring specifically to a number of atheists who find the idea of a multiverse appealing. Notable atheist scientists such as Sean Carroll, Stephen Hawking, and Neil deGrasse Tyson have supported the multiverse hypothesis. Despite the reputation of these individuals a number of others remain skeptical that the multiverse explains God away or replaces God as an explanation for the existence of the universe.

Despite contemporary pop-science claims both online and in the media, the multiverse hypothesis, which posits that the universe humans currently inhabit is possibly one of an infinite number, is far removed from consensus within contemporary cosmology (2). This is because of the difficulties a multiverse scenario is presented with. Professor George Ellis, a leading authority in cosmology, explains that there are Level 1 and Level 2 multiverse concepts. The Level 1 multiverse suggests that there are many more domains like ours within the universe where the same laws of physics apply. These other domains are thought to exist beyond our cosmic visual horizon which is at 42 billion light-years away and is a promising avenue of research for cosmologists. However, the Level 2 multiverse is far more speculative and says that there are actually many different types of universes (billions perhaps) that have different physics and histories, and are possibly teeming with life. The problem is that a Level 2 concept is speculative and leads Ellis to argue that it should not be considered a scientific theory on the grounds that a theory implies something “being mathematically rigorous and experimentally testable” (3). Ellis argues that not only has the existence of these other universes never been proven or demonstrated but they could never be. After all, how if they exist could these universes be experimentally testable? They are universes beyond our own. “None of the claims made by multiverse enthusiasts can be directly substantiated,” concludes Ellis. Paul Davies shares a similar view,

“For a start, how is the existence of the other universes to be tested? To be sure, all cosmologists accept that there are some regions of the universe that lie beyond the reach of our telescopes, but somewhere on the slippery slope between that and the idea that there are an infinite number of universes, credibility reaches a limit… Indeed, invoking an infinity of unseen universes to explain the unusual features of the one we do see is just as ad hoc as invoking an unseen Creator. The multiverse theory may be dressed up in scientific language, but in essence it requires the same leap of faith” (4).

But suppose that the Level 2 multiverse could be scientifically and empirically demonstrated, would it replace a God as a creator as normally envisioned by theists? It is difficult to see how this would be the case.

A proponent of religion could argue that the multiverse is not inconsistent with theism or the belief in the existence of a creator God. For example, there is nothing in the idea of the multiverse that says a God could not have made the universe that way. Moreover, one could also point out that it leaves untouched the other arguments for the existence of God. There is nothing in the moral argument, for instance, that is affected by the multiverse given that the hypothesis cannot provide any basis for objective moral values and duties. It says nothing about the four noble truths of the Buddha, Shamanic revelation, or the resurrection of Christ, these all being phenomena pointing to the existence of a God, gods, or transcendent truth. The multiverse also does not undercut the Kalam cosmological argument which argues that all things that begin to exist must have a cause, including the universe because it began to exist.

Like this universe began to exist in the Big Bang, so must the Level 2 multiverse also have a cause; Craig writes that “Far from eliminating the need for a creator,” the multiverse actually “requires a creator to bring it into being” (5). The multiverse does not avoid a finite beginning. Arvind Borde and Alexander Vilenkin show in the Borde-Guth-Vilenkin theorem that space-time must have existed at some point in the past at an initial singularity and thus cannot be extended to past infinity (6). In other words, the multiverse itself cannot be past eternal leading Vilenkin to say that “All the evidence we have says that the universe had a beginning” (7).

7. Borde, A., & Vilenkin, A. 1994. Eternal Inflation and the Initial Singularity. Physical Review Letters.