What Are the Independent Sources for the Ministry of Jesus Christ? 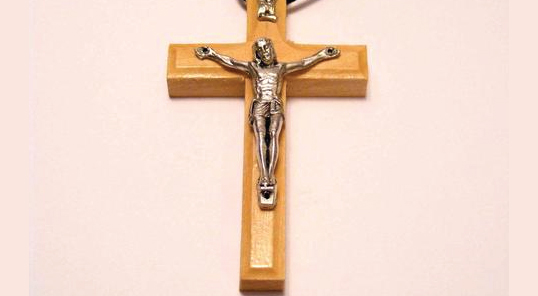 What is multiple attestation?

Independent attestation is a tool used by historians for trying to determine whether certain actions or sayings of Jesus Christ, or any historical figure, can be established with historical certainty. The idea is that the more independent witnesses and/or authors the historian has mentioning a purported event or saying in Christ’s life, the more confidence he or she can have in its historicity. Obviously having three independent sources for an event of history is better than having only one.

What are the independent sources for Christ?

Our primary (and most valuable) sources for learning about Christ come from the biographical gospels Mark, Luke, Matthew, and John, all of which were penned within a generation or two of Christ’s death. Historians learn much about Christ’s three-year ministry, his teachings, final week, crucifixion, and the subsequent events in resurrection narratives from these gospel biographies. The book of Acts (also written by the author of Luke) is too a crucial source for historians given that it intends to capture the history and events of the early church just after Christ had purportedly been raised from the dead. The fact that historians have four biographies to work with that are within close proximity to Christ’s date of death (around 30 AD) is noteworthy in itself.

The New Testament corpus extends beyond the gospels alone. There is independent attestation to Christ in the form of the Apostle Paul, the earliest Christian writer who penned his letters prior to the authorship of the earliest gospel Mark (around 70 AD). There are at least seven Pauline letters to work with (1 Thessalonians, Galatians, 1 Corinthians, 2 Corinthians, Philippians, Philemon, Romans). It is important to note that Paul’s goal was not to provide a biographical account of Christ’s life and ministry. His intent was to write concerning doctrinal and practical issues and disagreements that were cropping up within the earliest churches and threatened to cause disharmony. Paul does, however, show an awareness of important events in Christ’s life such as the last supper, the crucifixion, burial, and resurrection. Paul mentions over two dozen historical facts concerning Christ.

Following Paul there are several non-Pauline letters. Non-Pauline epistles (or “disputed” letters) are works that have traditionally been ascribed to Paul by the early church, but that most modern scholars think were probably not penned by him. These include First Timothy, Second Timothy, Ephesians, and Titus, all of which speak of Christ. Several other important New Testament letters follow, such as Hebrews, Jude, James, Revelation, the Petrine letters (1 Peter, 2 Peter), and the Johannine letters (1 John, 2 John, 3 John). Each attests to the Christ with some of them providing independent attestation.

There is extra-biblical attestation beyond the New Testament collection. There are two references to Christ by first century Jewish historian Josephus Flavius in his Antiquities of the Jews (95 AD), as well as by Roman historian Publius Cornelius Tacitus (of the early second century). Flavius mentions Christ twice, once in a authentic passage and once in an interpolated passage. The interpolated passage was touched up by a Christian scribe at a later date, however, consensus is that the original pre-interpolated version can be reconstructed, as has been done by scholars. No historian doubts that Tacitus provides authentic attestation to Christ although the value he has will differ according to the historian in question.

There are also two independent accounts from a pair of early church fathers: Clement of Rome (1 Clement, +-95 AD) and Ignatius of Antioch (Ignatius to the Smyrneans, 110 AD) which historians also take into account.

It appears that historians are dealing with substantial historical evidence in the form of independent attestation. This is not even to mention sources and materials that are early and pre-date the gospels, or to apply criteria beyond the criterion of independent attestation. It is clear that within a short period after Christ’s death an entire body of literature was penned on him by the earliest Christians whose sources prove hugely valuable for historians seeking to construct a portrait of the historical Jesus. According to historian Gary Habermas,

“When the combined evidence from ancient sources is summarized, quite an impressive amount of information is gathered concerning Jesus and ancient Christianity. Few ancient historical figures can boast the same amount of material” (1).