Why Do So Many Men Dislike & Reject Feminism?

When it comes to support of feminism there are some men who do support the movement, its values and its progress. Some men are even quite outspoken in their support and encouragement. However, it would seem like a larger contingent of men do not hold such views. There are numerous reasons for why this is the case and perhaps we can briefly offer a few answers why.

Studies in the lasts 10 to 15 years have been quite revealing in retrospect to men’s views of feminism. In 2001, a Gallup poll found that only a minority 20% of American men considered themselves feminist, with 75% saying they were not (1). A 2009 CBS Poll found that 24% of US men claim the term “feminist” is an insult (2). It was also discovered that four out of five men refuse to identify themselves as feminist, but when a specific definition is given the number fell to two in five. A YouGov Poll of Britain in 2010 found that only 16% of men described themselves as feminist with 54% stating they were not and 8% specifically claiming to be antifeminist (3). From this, is it possible to offer a response to why so many men refuse to identify with feminism?

Firstly, though it is not something that men wear on the foreheads, many men do not want equal rights for women (4). Some men view women as inferior and have no qualms about the fact that women do not have equal rights (5). Feminism has also become associated with strong, forceful, and angry women. Such a woman can feel like a threat to many men, so why expect these men to support a space in which forceful women can promote their agendas? This is no wholly without basis as some feminists have used their spaces to spread vitriol and hate of men (6). A lot of the rejection, as the above mentioned 2009 CBS poll discovered, is a result of men being unclear of what feminism is and what it actually stands for. When a clear definition is given (for example, feminism being the movement that seeks equal rights for men and women, and hopes to challenge patriarchy), the number of men identifying with it spikes.

Furthermore, many men fear that feminism will result in them eventually losing out in opportunities. These men fear that feminism will cause them the loss of power, influence, authority, control, and economic opportunities. Some men who reject feminism are also motivated from their religious beliefs given that they feel that the values feminists are forwarding are in conflict with the way God created man and woman and their roles. It can also be somewhat personally confrontational for a man to adopt feminism (7). Why? Because feminism requires an active change in one’s life given that to be a male feminist it requires one to change the way he thinks about women and how he treats women. Moreover, to be a practical and consistent male feminist, one will often have to show some resistance to his male peers, especially when they they perpetuate sexism and sexual objectification of women. Often these take form in the way of jokes and humor. This is seemingly so commonplace that many men seem to just assume that all other men find humor in such jokes. For many men this is uncomfortable, often difficult, and quite understandably so. Finally, some men buy into the notion that feminists hate men. Obviously one wouldn’t expect men to buy into a movement that they feel hates them and is built on plotting their downfall. However, most feminists say that they do not hate men nor is their movement and values grounded on hating men.

These are just some of the reasons why most men reject feminism. But as feminists will say, feminism is not about demonizing men but rather about ending patriarchal oppression. Men are not the target; patriarchy is. 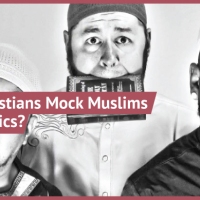 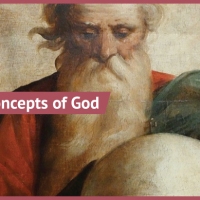