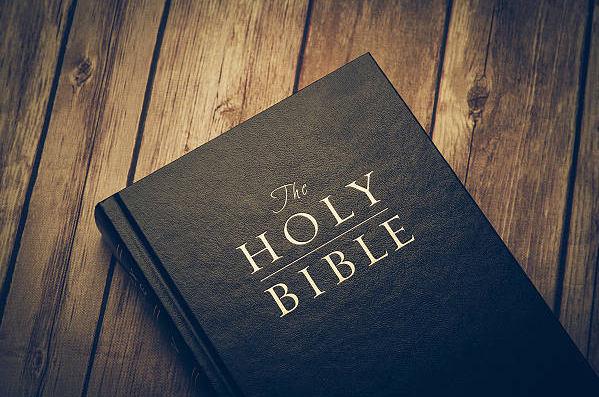 In his brief but informative examination of the Book of Mormon I’d argue that Hank Hanegraaff, known as The Bible Answer Man to many, espouses a double standard in favour of Christianity.

Personally, I believe in honest reflection and inquiry, and that these should be embraced when debating and critiquing wordlviews. But I feel that Hanegraaff is not being entirely honest. Understandably, Hanegraaff wishes to make the Bible seem credible to seekers. Unfortunately, these efforts are thwarted when in the pursuit of that attempt, he fools others with overzealous claims. Some of these claims can be outright false, questionable, or only half true.

But, again, this is deceiving because it’s not entirely true. Yes, we can agree when it comes to history the Bible beats the Book of Mormon hands down. But that isn’t good enough for Hanegraaff. For Hanegraaff the Bible has to be inerrant, which is the impression I get from having read his other content. That means it cannot err in details of history, science or philosophy. That is the motivation of Hanegraaff’s claim that the Bible is superior to the Book of Mormon, and this is where I believe we have a double standard.

For example, Hanegraaff critiques the Book of Mormon because there’s no evidence that the Nephites and the Lamanites migrated from Jerusalem to Mesoamerica. But if this is used as a criteria for making an argument against the Book of Mormon, and its inspiration, then it is only fair to apply the same standard to the Bible too. But no-where within his article does Hanegraaff reference, or at least hint at, the notable lack of historical evidence in favour of the biblical Exodus from Egypt. In fact, most scholars (2), have identified a very obvious lack of archaeological corroboration for many events described in the first five books of the Bible. This is something I have come to see myself from my own participation in Old Testament Studies at campus. But the lack of archaeological corroboration for the exodus is not the only problem for Hanegraaff. There are parts of the conquest narratives, which describe the Israelites invasion of the Promised Land, Canaan, that have been undermined by archaeology (see my Old Testament essay for a more detailed analysis). We find kings mentioned in the book of Numbers that did not exist at the time they were alleged to have existed. There is the problematic portrayal of Jericho (3), the fact that of the 31 towns listed in Joshua 12:9–24 only 20 have been identified, and of these 20 only Hazor and Bethel (and perhaps Lachish) fit biblical descriptions (4).

The irony here is that Hanegraaff says that many events in the Book of Mormon are the products of an “enterprising imagination.” Hanegraaff obviously means this in a negative way, as to undermine the Book of Mormon. The irony is that the Bible itself has a fair share of enterprising imaginary work too. Often this was deliberate on the part of the author. Biblical authors, specifically Old Testament authors writing centuries after alleged events, deliberately crafted and shaped their narratives to appeal to their audiences. A good example would be the very different, sometimes conflicting, portrayals of King David by the authors of Kings and Chronicles. We also find this in the New Testament, particularly in the Gospel of Matthew. Matthew’s portrait of Jesus serves his purpose of comparing Jesus to Moses in order for his audience to remember the exodus story. There are several clues of this (5). The guiding star, for example, is like the pillar of fire that guided the Israelites to safety across the Red Sea. Herod’s plan to kill the children and Jesus’s escape is like Pharaoh’s attempt to throw the male infants into the Nile with baby Moses escaping. Jesus’ escape into Egypt to avoid Herod’s plan seems to echo Moses and later Israel’s journeys to and from Egypt. We clearly have an enterprising use of imagination here. Is that a bad thing? Not for me, but according to Hanegraaff if it is in the Book of Mormon then yes, if in the Bible then no.

It may seem like it to some, but I have no agenda of undermining the Bible like a skeptic looking to undermine Christianity would. But does observing that these issues exist within the biblical texts mean I doubt God or the fact that the Bible is God’s word? No. I believe the Bible’s central claims. From an evidentialist perspective, I believe in Jesus’ deity and resurrection, and God’s existence. I have made arguments in favor of these beliefs; arguments that I think are compelling. However, I do not believe in an inerrant Bible, and I believe we need to be open and fair when critiquing the beliefs of others. I encourage Hanegraaff to approach matters in this way too, and shows why it is important for readers to look into the claims themselves.

2. Brueggemann, W. 2003. An Introduction to the Old Testament: The Canon and Christian Imagination. p. 111.