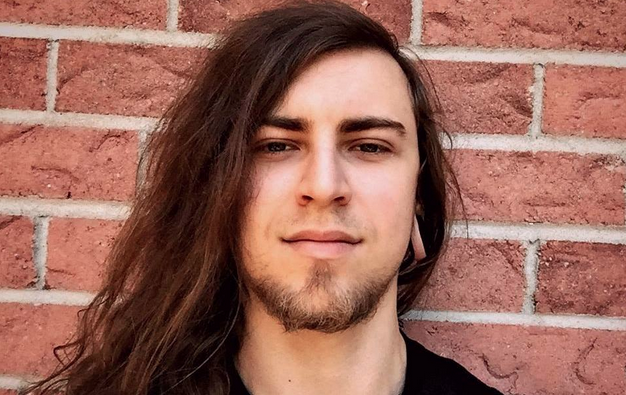 Very recently I have been privileged to have met Steven Bancarz. I really recommend checking out his video testimony of which I have shared with family and friends. He has also happily agreed to let me do an interview with him that I will be posting in the coming weeks.

The long story short, 23 year old Canadian and former New Age writer Steven Bancarz, who amassed a fortune from his New Age website, became a born-again Christian last year September. His goal is to now expose the dark philosophy of New Age Spirituality for what it really is, namely that of a spiritual deception.

Remarkably, having built his own website widely known as Spirit Science and Metaphysics as well as his own online presence, he was averaging 40 000 USD per month from ad revenue alone! Moreover, according to Bancarz the series Ancient Aliens had a significant impact on his religious views, “I can pinpoint it from having started when I was exposed to a program on the History Channel called “Ancient Aliens… It teaches ancient astronaut theory that mythologies and fables from the ancient world are really of ancient man being visited by extraterrestrial beings from outer space who they then describe as being gods.” According to Bancarz this is very much pertinent to New Age topics such as the non-locality of consciousness and information involving ancient wisdom. Having dabbled with this he also warmed up to philosophers who mostly engaged in matters pertaining to science and occultism, “That was right up my alley because it made me feel as though there was a method of spirituality and a method of living out ones spirituality that was confirmable through the scientific method, through science. And that made more sense to me holistically than any of the other world religions.”

Bancarz started his own Facebook page and also began writing popular and widely read articles on New Age spirituality. Not long afterwards did he make key connections in the online New Age community. His website and online writings were so widely read that from the ad revenue he was able able to purchase his own sports car and house at age 22! However, Bancarz tells us that towards the end of 2015 he had a dramatic personal experience with Jesus that fully transformed his life. One night on the balcony of the house he had purchased, he made a prayer out of his desperation,“Every ounce of my strength was ground to nothing, and I said ‘OK, that’s it. I’m done. I’m done playing games, God. I just want you. Jesus, I want you in your fullness… And that’s when I just fell at His feet.” After this radical experience he went on to glorify Jesus by shutting down his latest project for his website even though it would have brought in a hefty income from ad revenue alone. If one doubts his sincerity it would do well for her to know that Bancarz even went as far as to sell his house and sports car. Moreover, since he stopped writing New Age articles he had cut his profits by 97%.

According to Bancarz God then led him to a local Pentecostal church at which he fully renounced his New Age philosophy and beliefs. He recalls that after the minister had begun praying for him he became dizzy and started breathing heavily. At one point he felt paralyzed from his elbows down to his wrists and hands. This, he believed, demonstrated the darkness in which he had been living as well as sharing with others. Bancarz, however, has truly been amazed at how God has used what was initially evil to advance his kingdom, “God is giving me the discerning of spirits to be able to rightly judge what material and what spirits are not of God, and to show me how to best expose them.”

Bancarz had since been reading the Bible diligently and says that Christians must “hold everything up to the light of Scripture because all Scripture is God-breathed. And that [standard] is the Words of Jesus Christ Himself and the words of the Apostles themselves.” Bancarz’s message is thus clear. He wants to share with believers and unbelievers alike that God is truly knowable and that all of us can come into a personal relationship with him that is supernatural, “The minute that we encounter the living, breathing presence of the Holy Spirit everything changes. And I would encourage people to pursue that, to pursue God in His fullness and to seek Jesus as He really is rather than who we want Him to be. The minute that we do that it is His promise in scripture that He will make Himself known to us… you don’t need a certain level of intelligence, you don’t need to be in a certain state of consciousness, you don’t need a certain level of knowledge, all you need is a heart that hungers for the reality of God. And Jesus is the real deal.”

“God intended that they would seek Him and perhaps reach out for Him and find Him, though He is not far from each one of us.” – Acts 17:27 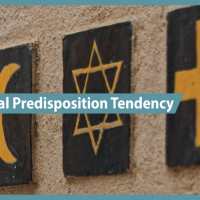