Gerardus van der Leeuw – Art as the Essence of Religion 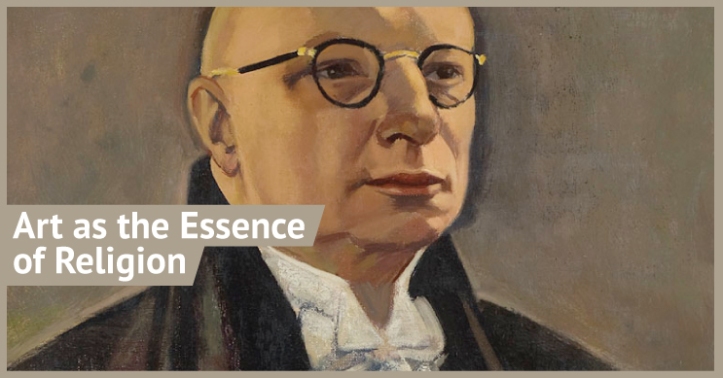 We earlier introduced Gerardus van der Leeuw (1890-1950) as one of the classical and formative phenomenologists of religion. In this entry, we look not at his phenomenology but rather to his theory of art being an essential expression of religious sensitivity.

Van der Leeuw’s work is a theology of art or, in his own words, a “theological aesthetics” drawing on iconography, drama, and the history of religions. One finds this expressed in detail in his work Sacred and Profane Beauty: The Holy in Art (1932) where he combines phenomenological, historical, and theological insights. However, whereas van der Leeuw engaged in a morphological description of religion in his later Religion In Essence and Manifestation (1938), in The Holy in Art he geared his focus towards aesthetics, arguing that since historical times art had been a consecrated means of religious expression,

“The art of beautiful motion is far and away the oldest. Before man learned how to use any instruments at all, he moved the most perfect instrument of all, his body. He did this with such abandon that the cultural history of prehistoric and ancient man is, for the most part, nothing but the history of the dance” (1).

It was van der Leeuw’s hope to provide a systematic, phenomenological portrayal of the interrelationships between religion and art. By doing so, he believed that one could render religion as a legitimate mode of cultural expression. He further claimed that art, along with history and natural science, was a legitimate and effective medium of divine revelation. This effort to ground religion as a valid mode of cultural and human experience was van der Leeuw’s attempt to recover the sense of sacredness in a progressively more modern world, which, he felt, had rendered parts of human life impoverished and shallow. Notably religious theorists, which includes van der Leeuw, believed that if religion was to maintain a legitimate place within modern society it needed to be shown to be a valid mode of human experience.

In The Holy in Art, van der Leeuw focused on producing a comprehensive collection of artistic materials of a religious nature. Through this, he emphasized the experience of beauty and holiness as they occur within dance, drama, architecture, music, and the fine arts. The assumption is that religion and art are inextricably linked and that religion’s core element is reflected both through and in art. Van der Leeuw engaged in an analysis of these art forms with the purpose of establishing “comprehensible associations” between them and religion. Regarding dance, van der Leeuw claimed that movement not only belongs to dance but also gives expression to religious sensitivity,

“The dance is the first discovery of movement external to man, but which first gives him his true actual movement. In the dance shines the recognition of God himself moving and thereby moving the world” (2).

However, as a Christian, van der Leeuw found himself facing a challenge. If one was to consider art a legitimate mode of God’s revelation then how does it sit side-by-side with God’s revelation through Jesus Christ as final and complete? How can one affirm divine revelation through artistic expression yet preserve the primacy of revelation in Jesus Christ? Van der Leeuw insisted that one could give specific attention to a motif that belongs in both religion and art without violating their respective sensitivities. Van der Leeuw introduced the concept of “holy play” that functions within the context of drama as the connector between religion and art. Holy play expresses “the meeting of God with man, of man with God.” Music is said to be “the echo of the eternal Gloria” and architecture “the well-built city of God’s creation.” There is a sacredness in all art forms claimed van der Leeuw. Art is the visible reality that expresses invisible sacred reality.

Van der Leeuw’s goal was to bring back an awareness of the transcendent. He wanted to return the modern mind to the consciousness and awareness of the earliest human beings who had a strong sense of sacred consciousness. Van der Leeuw believed that the separation of religion and art is an example of modernism. Art and religion became seen as two distinct, if not antithetical, subjects to each other. This was a misperception that The Holy in Art attempted to correct by reaffirming the world’s sacred nature. 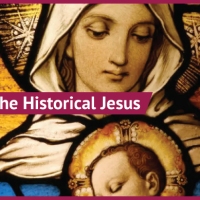 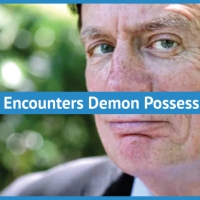 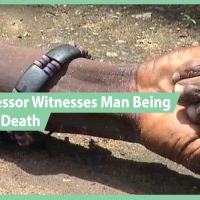