Why Has the North Korean Regime Tried to Crush Religion?

Human rights violations are well-documented under the secular regime of North Korea (1). According to the United Nations, the nation’s population lives under “systematic, widespread and gross human rights violations” ranging from totalitarian rulership, media control, prison camps, forced labour, lack of women’s rights, and a lack of religious freedom (2).

Presence of Religion in North Korea

The North Korean constitution promises its people the “right to faith”, to build religious facilities, and to perform religious rituals. There is indeed evidence of religious belief in the country. According to statistics there is a Buddhist (1.5%), Christian (2%), folk religion (12.3%), Hindu (<1%), Jew (<1%), Muslim (<1%), other religion (12.9%), and unaffiliated (71.3%) demographic (3). However, religious activity is closely policed by the state and officiated by regime appointed employees. Any religious activity practiced or engaged in beyond state control is illegal and, should it be discovered, treated harshly, even possibly warranting punishment by death. Despite the constitution’s claim to support the right to religious expression and faith, the truth of the matter is that the government treats anyone of faith as possibly hostile, with a particular ill treatment of Christians. North Korea has been the world’s worst persecutor of Christians for 16 years straight (4).

Regime’s Violation of Freedom of Religion

There is no freedom of religious expression under North Korea’s totalitarian regime. In 2014, the United Nations Commission of Inquiry stated that “there is almost complete denial of the right to freedom of thought conscience and religion as well as the right to freedom of opinion, expression, information and association” (5). The Commission also noted that North Korea “considers the spread of Christianity a particularly severe threat” and as a result, “Christians are prohibited from practising their religion and are persecuted”, with severe punishments inflicted on people caught secretly practicing the faith. Although practitioners of other religions are treated more leniently they also face restrictions and discrimination. The human rights organization Christian Solidarity Worldwide has identified an evolution in attitudes towards religion within the nation’s history. Faith was restricted during the Soviet occupation zone from 1945-1948 and later more actively suppressed by the new North Korean state through the year 1953. Religious liberty was “obliterated” from 1954 to 1971, and then policy shifted to use religious organizations for advantage from 1972 to 1987. From 1988 to 1997 the North Korean regime operated religious facilities, and has since then increased “intense persecution of increasing unofficial religious activities.” It is likely that Christianity is specially marked out by the regime because it is perceived as a foreign, western religion, thus in conflict with the regime’s own ideology. In light of this, it might come to one’s surprise that Pyongyang, the country’s capital, has four churches (two Protestant, one Catholic and one Russian Orthodox). But these churches are regarded as “show” structures for the benefit of foreign visitors, and not evidence of freedom of religious expression and the right to religious faith. On the contrary, Christians often resort to concealing their activities from others, including neighbours, coworkers, and members of society, out of the fear that their activities will be reported to the regime’s authorities (6). These fears are only natural in response to the regime’s harsh treatment of illegal religious behaviour not sanctioned by the state, which has included executions, torture, beatings, and arrests (7). There are an estimated 80 000 to 120 000 people detained in prison camps. Some of these men and women have been imprisoned for religious reasons, which can include having been in possession of religious materials, and engaging in religious activity or being in contact with religious practitioners. The government has even deported, detained, and sometimes released foreigners who allegedly engaged in religious activity within its borders.

Religion is a Threat to the Kim Cult

Why would the regime outlaw religious freedom and treat traces of it in such a harsh manner?

One might suggest this is because religion is deemed a threat to the cult personality of Kim Jong Un and the Kim family. The country’s people have been indoctrinated from a young age to treat Kim Jong Un and the Kim family (Kim Il Sung and Kim Jong Il) as objects worthy of worship, and such a privileged position cannot be jeopardized by any rivals. Indeed the Kim cult is strikingly religious in outlook. Their names are viewed so sacred that the regime has banned anyone from ever using them, which means that those sharing the same name have been ordered to change it. There is even special treatment for how the Kim names are to used in written texts. There are the omnipresent statues of Kim Jong Un and his father Kim Jong Il located across villages and cities. These appear to be objects of worship, with the locals, and even visiting foreigners, bowing before them and taking them flowers. There are songs dedicated to the Kim family, sacred portraits of them hung on the walls within North Korean homes and in public spaces, and even a massive rewriting of the history of North Korea itself to legitimize the regime’s rule. This mythical narrative of Kim Il Sung, the current leader Kim Jong Un’s grandfather, revised history to portray the ruler as an unrivaled military and political genius who conducted guerrilla raids against Japanese invaders. Although historians believe that he was born in a military camp in eastern Russia, Kim Il Sung’s biography states his birth was on the sacred mountain of Paektu, and that the birth was blessed by a new star and a double rainbow. The picturesque Mount Paektu, topped with a deep lake, has become central to North Korea’s foundation myth and thus a tool to legitimize the Kim family’s three generations of power.

Religion challenges the edifice of this totalitarian regime because it tells very different stories, and places reverence and loyalty elsewhere. Religion brings its own mythologies imbuing life with ultimate purpose and meaning. Such stories, many of them far more impressive than the Kim-Paektu myth, are no doubt perceived to rival the mythical origins of the Kim regime, and thus the very legitimization of the state itself. Many religions urge a reverence for the sacred and encourage their practitioners to place their faith and loyalty not first and foremost in human beings but in the gods or a God. Thus the regime has worked hard to indoctrinate the youth to not only hate America, South Korea, and Japan but to also revere and worship Kim Jong Un as one would a god. Religion places one’s loyalty to God before the state, and religious bodies such as churches allow people to act and organize outside of state entities. All such activities, unless closely policed, are perceived as a threat to the Kim regime’s totalitarian power. Such freedom cannot be allowed, and there is no better response than to crush such freedom but through the harshest of punishments on those who disobey the regime and its supreme leader.

Leave a Reply to Why Has the North Korean Regime Tried to Crush Religion? — Bishop’s Encyclopedia of Religion, Society and Philosophy | Reasoned Cases for Christ Cancel reply 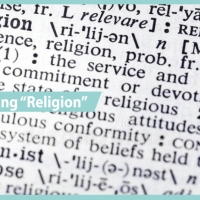 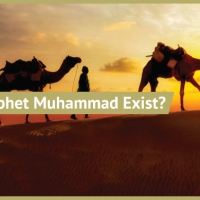