Karma and the Challenge of Inherent Unfairness

The concept of karma is an ancient doctrine common to several Eastern religions and philosophies. It posits that the way a person will be reincarnated or reborn into his or her next life will depend on how he or she lives and acts within the present life. If one engages in bad behaviour a karmic debt will accumulate and lead to a bad rebirth. The opposite is also possible as engaging in good behaviour can lead to a good rebirth. Certainly the latter is desirable for those who embrace this doctrine.

On the surface, karma might seem a just system because it supposes that no evil deed will go unnoticed and unpunished. Similarly, no good deed will go unrewarded. Critics have, however, pointed at the purported unfairness of the concept and the lack of compassion it might produce within persons toward others who are suffering.

The common belief is that any suffering one experiences in the present is a result of a karmic debt she accumulated in a previous life. This raises important questions, one of which concerns fairness. The question emerges because the suffering one experiences in the present has been foisted upon her from deeds in a previous life she does not remember. Consider that in the present one might be suffering from a type of terminal cancer. The experience is one of many hospital visits, intense medications and medical procedures, pain, and physical degradation leading to an untimely death. The victim experiences these pains in a  tangible sense and is aware (or believes) that its origin is in the karmic debt of a past life. The victim cannot remember what she did in her previous life that gave her this present illness. For those who embrace this doctrine, karma functions as a rationale for why suffering exists in the world and why good people also experience pain. Suffering does not discriminate between the elderly, men, women, children, and infants, and neither does karma.

Also consider that karma has a bearing on Hindu social structure known as the varna. Traditional Hindu societies have had four classes: priestly (brahmin), warrior and rulers (kshatriya), farmers and merchants (vaisya), and the labourers and servants (sudra). Not everyone within society falls within the varna, which has led some to propose a fifth class of the untouchables (dalits). Those in this class have the misfortune of facing discrimination, prejudice, and abuse. In traditional and many rural Hindu societies, the varna continues to influence how people are treated which can include who one can marry, eat with, or show compassion toward. In some cases, those from the upper classes will not drink out of the same well used by those from the lower classes. The varna is clearly hierarchical and its categories are divinely inspired. The same lack of fairness evident in our cancer victim’s situation can be seen in the varna. For example, unknown good deeds might lead one to be born as a brahmin in the next life, whereas unknown bad deeds could have one born as an untouchable.

Within the doctrine of karma there seems to be an inherent unfairness. If one lacks knowledge of previous misdeeds then how can he or she be expected to improve behaviour or face punishment for them? Further, a critic could argue that belief in karma prevents acts of compassion and moral good in the world. If one comes across someone who is suffering or in poverty, why should he help that person if that individual is paying off his karmic debt acquired from a previous life? Moreover, fear also functions as a deterrent to acts of compassion as someone who could help an ill or poor person would prevent himself from doing so out of fear of interfering with that person’s karmic process and thus cause bad karma for himself.

Leave a Reply to Belief in Karma Can Motivate Social Injustice | Bishop's Encyclopedia of Religion, Society and Philosophy Cancel reply 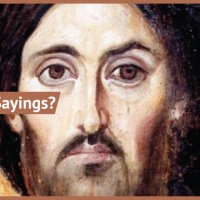