The Inerrantist and a Controlling Presupposition 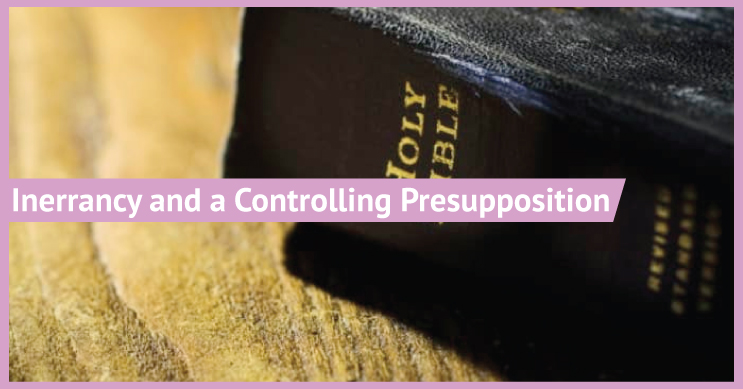 According to an inerrantist view of the Bible, the biblical texts are “without error or fault in all its teaching” (1). Thom Stark, a scholar at the Emmanuel School of Religion, argues that biblical inerrantists often conflate the concept of authority or inspiration with inerrancy (2).

He argues that is not self-evident that scripture must be inerrant to be authoritative. For Stark, to reject inerrancy is not to impugn the authority of Jesus Christ or the Bible. He views them as separate issues, even if there is some on-the-surface-relationship between them.

Stark also argues that inerrantists often manipulate fellow Christians and believers into accepting their doctrine of inerrancy by appealing to their devotion to Jesus. This is to say that if the Christian does not accept the doctrine then he in some sense does dishonor to Jesus himself. In response, James Barr, a late Professor Old Testament Studies and Interpretation, explains that,

“This endlessly repeated argument seeks to use the personal loyalty of Christians towards Jesus as a lever to force them into fundamentalist positions on historical and literary matters. There is no part of the fundamentalist world view that should inspire so much distaste in the mind of other Christians. It is a distortion of the proper proportions of the Christian faith to the extreme” (3).

Stark argues that biblical authority or inspiration does not entail inerrancy, and neither has the case been made that it does (4). Barr agreed,

“The link between authority and inspiration on the one side, and inerrancy on the other resists on one basic only: supposition. Here conservative evangelicals go over to a purely philosophical and non-biblical argument: if it was inspired by God, then how could there be error of any kind in it? This is in fact that core of their argument. But, since this link has not rootage in the Bible and belongs to purely philosophical assumption, the entire attempt of conservative evangelicals to derive their position from ‘the Bible’s view of itself’ is a waste of time.”

Starke also contends that key texts used by inerrantist’s don’t get one to inerrancy itself. 2 Timothy 3:16-17, for example, describes the Bible as “God-breathed,” and therefore as useful for instruction and rebuke. This verse has typically been key in the inerrantist’s argument. The problem is, however, that Timothy’s author does not provide any indication of what he meant by “God-breathed,” and one is left to speculate. Could it be that God breathed out the words of scripture? Or is it that God breathes into the text of scripture, in the sense that the Spirit of God brings life into the dead letters? Either is a possible explanation according to Stark, although, “the latter seems to be much more consistent with the hermeneutics of the period, and with Paul’s use of scripture… On the other hand, even if 2 Tim 3:16 does mean that scripture is breathed out by God, in the sense that it is divinely uttered, that does not necessarily entail that it is without error” (5).

To say that scripture is “God-breathed” might even mean that God breathes new life and new meaning into even obscure texts that are outdated, irrelevant, and perhaps even wrong.

2. Stark, Thom. 2011. The Human Faces of God: What Scripture Reveals When It Gets God Wrong (And Why Inerrancy Tries To Hide It). Eugene: Wipf and Stock Publishers. p. 48. 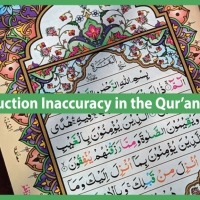 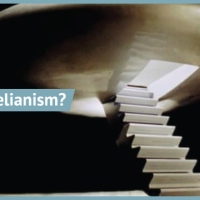 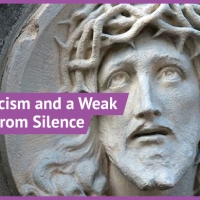