Ancient Egyptian religion lasted for over three millennia, and was foremost polytheistic, meaning that the Egyptians believed in the existence of many gods who were actively involved in human life and within human societies. Some of the more important gods included Heka, Ra, Isis, Osiris, and Amun, although the importance pertaining to certain gods would fluctuate over the nation’s history.

Belief in gods and life after death functioned as an important part to society as witnessed in the many rituals and prayers that centered on the gods in hope to gain their divine favour. The hope was to also ensure the preservation of the order of the cosmos as personified in the goddess Ma’at who represented order, harmony, and balance. This was no triviality as without ma’at the world would lose its unity and fall into disorder. Thus, in some way, all people are required to sustain it. The rulers, such as the pharaoh, were central figures within the religious system as they were considered to wield divine power and viewed as intermediaries between the gods and the people. As such, they held key roles in religious and social life and would oversee ceremonies and important religious rituals.

Ancient Egyptian religion certainly had a fascination with death and the afterlife which features in its mythologies, architecture, and rituals (1). This is witnessed in the elaborate tributes to their dead in the form of Great Pyramids, necropolises, underground tombs, and art work, all done to prepare the deceased for the afterlife. Mythology also took center stage, for example, the story of the death of the god Osiris was the foundational myth that offered Egyptians the hope of new life after death. This hope was initially only reserved for the king but would expand to include all Egyptians during the Middle Kingdom period (2050-1710 BC).

According to the myth, Osiris was killed by his jealous brother Set. Set was jealous that Osiris was given rule of the world by Atum following its creation. So Set killed his brother and cut the body into many pieces that he then scattered across the lands of Egypt. Osiris’s wife, Isis, and her sister, Nephthys, gathered the mutilated body parts piece by piece, and the god Anubis embalmed it as the first mummy. Isis then changed herself into a kite and while hovering over the the mummified Osiris, fanned the breath of life back into him for long enough to conceive a child, Horus. Osiris could not longer rule Egypt and would take his place as the lord of the underworld.

The ritualistic practices of embalming, mummification, and entombment were aimed at ensuring new life after death. Egyptians wanted to live in a pleasurable after life as perfect beings in Aaru, the “field of reeds,” which was also the domain of the god Osiris, the lord of the dead. In this place the blessed dead would gather rich crops of barley and wheat, which is why abundant harvests are depicted on the walls of Egyptian tombs.

The ancient Egyptians also believed that a person consisted of a number of elements that were in some way related to the afterlife, all of which they believed needed to be cared for. These include the physical body, name, shadow, personality (the ba), spiritual life forces (the ka), and the perfected being that could enjoy life in paradise (the ash). One way of caring for the person was through preserving the body by means of mummification, as well as to accompany it with the set of funerary equipment, including jars containing internal organs. Certain rituals would be performed that identified the deceased with Osiris, and every stage of mummification would be accompanied by a religious ritual. By re-enacting the death and resurrection of the god Osiris it prepared the deceased for the journey to the next world. For example, embalmers enacted the role of the jackal-headed god, Anubis, who was the protective god of the dead. The Egyptians believed that Anubis invented the mysteries of embalming in order to resurrect the slain Osiris.

Mummification was considered very important because the Egyptians believed that the spiritual life force (the ka) had to return to the body to receive sustenance. If the body decayed through being uncared for then the ka would starve. Instead, the ka needed to take strength from the body to rejoin the ba in the afterlife, and together these created the akh, which would have to gain admittance to the afterlife. Gaining admittance was believed to be a process itself. The dead, for example, would be led into the Hall of Two Truth by the god Anubis where the heart would be weighed in the balance against Ma’at, the goddess of truth as represented by a feather.

If the deceased heart outweighed the feather (due to being heavy with sin), it would be consumed by Ammut, the she-monster and devourer of the dead. However, if the scales balanced, then the deceased would go into paradise, the gate to which were guarded by Osiris. Important Egyptians were buried with a “manual” known as the Coming Forth by Day or the Book of the Dead. The purpose of the manual was to act as a guide for teaching the dead person how to speak, eat, drink, and breathe in the afterlife. 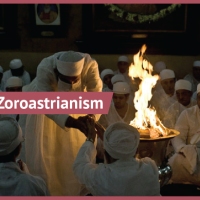 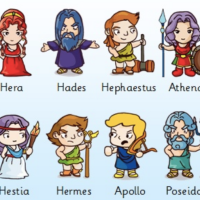 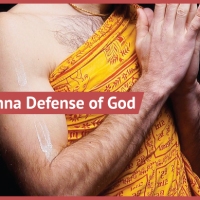