Lee Strobel is a well-known Christian apologist and former skeptic. He is particularly influential in the Christian-atheist debate sphere as he himself was a militant atheist prior to his conversion to Christianity. Readers can access his testimony here. And as some readers might be aware, miracles have been a key focus at my blog as I have found them to be one of the most persuasive of proofs of the supernatural. What follows below is a recent March, 2018 interview that Strobel had with Bible Gateway’s Jonathan Petersen. All content below belongs to Bible Gateway.

Jonathan Petersen: “You’ve investigated a variety of spiritual topics over the last two decades. What led you to the topic of miracles?”

Lee Strobel: After investigating the data of science and the historical underpinnings of Christianity, I concluded that there’s a supernatural Creator and that Jesus rose from the dead. But my skeptical nature didn’t entirely dissipate. While I was convinced that miracles occurred as the Gospels reported, that left open the question of whether God still is available to intervene in human lives today.

My curiosity prompted me to commission a national scientific survey, which was conducted by Barna Research. I wanted to discover where Americans stand on the topic of miracles. And I wanted to know how many people have had an experience that they can only explain as being a miracle of God.

The big issue, however, is whether belief in supernatural occurrences is based on mistake,  misunderstanding, fraud, legend, rumor, wishful thinking, confirmation bias, the placebo effect—or reality.

In other words, does a miracle-performing God actually exist, and has he left his fingerprints all over supernatural events throughout history down to the present age? I was truly interested in testing the strength of the case for miracles.

“How would you define a miracle as opposed to answered prayer or a coincidence?”

I’m partial to the definition offered by the late Richard L. Purtill, professor emeritus of philosophy at Western Washington University: “A miracle is an event brought about by the power of God that is a temporary exception to the ordinary course of nature, for the purpose of showing that God has acted in history.”

Some of what we casually classify as “miracles” really seem closer to fortunate “coincidences,” or God at work through routine processes. How can we tell them apart? For me, when I see something extraordinary that has spiritual overtones and is validated by an independent source or event, that’s when the “miracle” bell goes off in my mind.
In other words, a dream about a nebulous figure writing chemistry problems on a blackboard isn’t miraculous in itself. But if those equations are the very same problems that present themselves on an independently prepared examination the next day, that does seem miraculous—especially when the incident occurs after a prayer pleading for God’s help.

Spontaneous remissions do happen sometimes in serious illnesses, but they usually take place over a period of time and often do not endure. If a serious illness is instantly and permanently eradicated at the exact moment a prayer for healing is being offered—well, that tends to push the needle over into the “miracle” category for me.

“What did your scientific survey reveal about American beliefs in miracles?”

Detailed results of this national scientific survey are reported for the first time in the pages of The Case for Miracles. In general, half of US adults (51%) said they believe the miracles of the Bible happened as they are described. Asked whether miracles are possible today, two out of three Americans (67%) said yes, with only 15% saying no.

“Tell about the experts you consulted during research for the book.”

While I’m a committed Christian whose convictions are widely known, I was truly interested in testing the strength of the case for miracles by speaking with a skeptic. So I sought out the most famous doubter in America, Dr. Michael Shermer, editor of Skeptic magazine and a former proselytizer for Jesus who is now an apologist for disbelief.

The first three chapters of The Case for Miracles recount my meeting with Dr. Shermer and his “skeptic’s” case against miracles. His detailed objections to the miraculous helped shape the questions I would ask additional experts throughout my research.

To present the case for miracles, I interviewed Dr. Craig S. Keener, who’s one of the foremost scholars on the miraculous. Dr. Michael Strauss unraveled the astonishing miracle of creation, while Detective J. Warner Wallace explored the miracle of the resurrection.

Among the other experts I spoke with are Dr. Roger Olson, who maintains that many Christian churches are embarrassed by the supernatural, and Dr. Candy Gunther Brown of Indiana University, who has studied the impact of intercessory prayer on healing. I also interviewed Tom Doyle, a missionary who reports on how Jesus is miraculously appearing in the dreams of Muslims in countries closed to the Gospel.

To bring my research full circle, I wrote a chapter called, “When Miracles Don’t Happen.” Often, people pray for supernatural healings that never occur the way they want them to. I interviewed Dr. Douglas Groothuis, a Christian philosopher whose wife is suffering from debilitating dementia at a young age. Despite their fervent prayers, God has not chosen to heal her at this point. This may be the most powerful chapter of any book I’ve ever written, as Dr. Groothuis speaks from his heart as well as from his vast reservoir of philosophical experience.

“Can anyone “prove” a miracle has happened? What is the role of science in investigating supernatural claims?”

Corroborated eyewitness testimony—especially when coming from multiple, independent observers known for integrity—can go a long way in establishing whether a miracle claim is credible. And while it’s true that a miracle can’t be analyzed in a test tube, there are ways that science and medicine can contribute to the investigation of the supernatural. For one thing, medical records can be compared before and after prayer. In fact, we have peer-reviewed studies published in secular medical journals that point toward the effectiveness of prayer in healing.

“Why do you call original creation the “granddaddy” of miracles?”

If Genesis 1:1 is correct when it reads, “In the beginning God created the heavens and the earth,” then lesser miracles become more credible. In other words, if God can command an entire universe and even time itself to leap into existence, then walking on water would be like a stroll in the park and resurrection would be as simple as a snap of the fingers. If God created the laws of nature when he spoke the universe into existence, then it would be easy for him to occasionally intervene in order to perform miracles of all sorts.

“Another major miracle described in the Bible is the resurrection of Jesus. What did your research uncover?”

I spoke with a decorated homicide investigator, J. Warner Wallace, who subjected the Gospels to months of painstaking analysis through various investigative techniques, including what detectives call forensic statement analysis. Wallace says the evidence for the resurrection is supported by the eyewitness accounts recorded in the Gospels. We find substantial agreement to show each narrator was an independent witness of the same great transaction, although they employed differing literary spotlights in their narratives.

In addition to debunking common arguments against the resurrection such as eyewitness hallucinations, that Jesus really didn’t die on the cross, or that no one was ever buried in the tomb, Wallace discusses the second miracle of the cross: Salvation. The resurrection miracle begets personal miracles of forgiveness, redemption, and new life.

“Why are there more stories of modern-day miracles occurring within developing nations than in the United States?”

In America, we have a lot of sophisticated medical technology, which is God’s gift to us. That’s the way he typically brings healing. But in many other places around the world, that’s not available, and perhaps God’s intervention is the only hope. As Christian author Tim Stafford has observed, there are four characteristics that are often shared by outbreaks of the supernatural:

2. People don’t have a framework in their culture for theological concepts such as sin and salvation.

3. There’s limited medical care, making miracles the only resource for the afflicted.

4. The spirit world is very real to people. Miracles are demonstrations of God’s power.

“Speaking of other nations, have you heard reports of God moving miraculously in the Muslim world?”

We’ve been seeing countless Muslims who’ve experienced supernatural visions or dreams—many of them corroborated by outside events—that have brought them out of Islam and into Christianity. In fact, more Muslims have become Christians in the last couple of decades than in the previous 1,400 years, and it’s estimated that a quarter to a third of them experienced a dream or vision of Jesus before their salvation experience.

“Why would God use dreams and visions to manifest himself to Muslims?”

It’s estimated that 50% of Muslims around the world can’t read and 86% of Muslims don’t know a Christian who can share the gospel with them. Most don’t have access to a Bible. It seems these dreams plow the hard soil of Muslim hearts. The dreams motivate them to seek the real Jesus and to find the truth in Scripture.

“What happens when, instead of a miracle, a person prays but doesn’t experience a miracle?”

As I was researching this question, I realized that any credible book on miracles must deal with the ones that never happen. Many people have implored God to meet an urgent need in their lives—with no miracle forthcoming. There are biblical reasons that we shouldn’t be surprised when everyone isn’t healed in each and every instance. Even Jesus didn’t heal automatically. Nevertheless, the emotional punch of this issue still stings.

My own wife struggles with fibromyalgia. Every day she’s in pain. We pray continually for relief and beseech God often and fervently for her healing. While researching this book, I came across inspiring examples of how God miraculously restored others—and wrote after each story: “Why no miracle for Leslie?”

By definition, miracles are outside the normal course of events. They’re a supernatural exception to the way the world usually works. Though they’re more common than we may think, they’re still relatively rare—which means that for most people, a sudden and complete healing isn’t going to happen. But that doesn’t mean God is absent. We’re not cast adrift to suffer on our own. Scripture promises that God will eventually heal everyone. He’ll cause good to emerge from the difficulties of life. Hope is refined through tribulation.

“How did your investigation impact you personally? “

After nearly two years of research, I came to my own verdict about miracles: they’re often credible and convincing, and they contribute powerfully to the cumulative case for Christ. The time I invested in studying the evidence for this particular book was well spent. In the end, my confidence in a miracle-working God has been deepened and strengthened.

For anyone wishing to hear Strobel’s views further, check out his excellent YouTube presentation on his research. 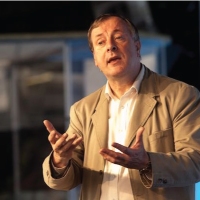