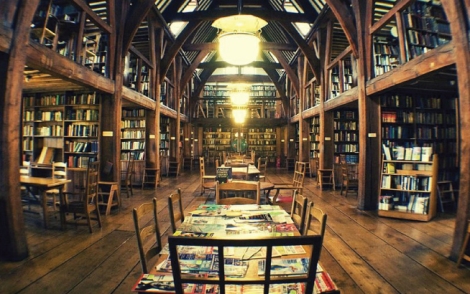 The French philosopher René Descartes (1596-1650) and his “Cartesian” project attempted to determine how human beings could gain undeniable, concrete knowledge of the world. In other words, how could humans gain true understandings of the world that can’t be wrong. His argument began with the assumption that humans all share in the same “universal reason.” However, it has been noted that Descartes’ “universal reason” brings to fruition additional questions. For example, if this is so (that we share in universal reason) then why do human beings so often disagree with each? And why do so many get things wrong? Descartes believed that the answer to this problem was that of human tradition. He argued that human tradition, especially manifesting from families and societies, has warped a person’s rational capacities. This necessitates that the search for truth is rendered an effort to escape and/or rise above these traditions that blinds one to reality. This is what scholars and philosophers have routinely referred to as Modern Realism.

Modern Realism has had a long history although several influential philosophers, living in the last days of philosophical Modernism, of the likes of Hegel, Heidegger, Kant, Nietzsche, and Schopenhauer were critical. They were critical because Modern Realism attempted to escape the power of tradition, a goal they thought was unlikely to ever be achieved. This is because everyone grows up in a culture, and thus they are formed by their culture. Because of this humans inevitably begin pursuing truth from within a cultural tradition, and therefore no-one ever starts from whole objectivity devoid of bias.

This observation has brought to fruition two schools of postmodern epistemic thought. One school of thought holds that tradition really does blind us to the truth. Because humans are shaped by their cultural traditions it also blinds them to the truth, and therefore human beings do not know the truth. Thus what the human being embraces as reality is nothing more than an invention brought on by culture and tradition. As an epistemic approach this is known as Antirealism or Non-Realism. Beneath this system of thought the connection between actual reality and what we think we know about reality is severed.

Alternatively, Practical Realism holds that tradition does not blind us to the truth. Instead, the Practical Realist believes that tradition is a practical and useful way for human beings to grasp reality. However, grasping reality from within one’s tradition is never viewed as perfect although human knowledge is adequate for the needs of a situation. The Practical Realist’s understanding of reality is deemed correct when a concept of reality is “close enough” to the facts to provide success in what they are trying to achieve. Thus the result is never the brute truth and it is at best partial and useful though always warped in some way or other. Theologically speaking, Practical Realism aligns fairly well with Christianity and its tradition. Christians generally hold that human beings are finite and fallen creatures who never see the world from a perfect viewpoint as, say, God would see it. Thus all human perceptions are partial and warped.