Prior to Roman occupation the Jews were expecting not one messiah but two. The first would be the suffering servant messiah as prophesied by Isaiah (52:13–53:12). This messiah would suffer and die for his people whereas the second one would be the warrior-king prophesied in Isaiah 11:1-10. This warrior-king was expected to re-establish the Kingdom of God on Earth, and thus usher in everlasting peace and justice with his people, Israel. Thus due to the Roman occupation of Jerusalem the Jews were expecting the second Davidic Messiah, and they had largely forgotten the former. This was because Jews had had enough of foreign occupation and wanted vindication.

However, historical evidence shows that several Jews were claiming to be this very messiah prior to and after the time of Jesus. There are several of these figures by the names of Theudas, Simon ben Giora, Athronges, Simeon ben Kosiba (also Bar Kockbar), John of Gischala, Jesus ben Ananias, Judas the Galilean, Menahem, and Eleazar ben Simon. Each of these prophets gathered a band of revolutionaries for their cause, and the revolutionaries proclaimed their leader as a king and then staged a revolt against Roman rule. Our historical evidence, however, tells us that they were ruthlessly crushed by Roman armies and ended up being crucified. Thus a dead messiah was no messiah at all, instead, he was seen as a false prophet and under God’s curse (Deu. 21:23). When a movement’s leader was defeated by the Romans and subsequently crucified the survivors knew that he was false messiah. They then had two options. Either they disbanded the cause or they went and found another messiah to lead the next revolt. This fact is what makes Jesus incredibly unique for he underwent the same process of crucifixion yet after his alleged post-mortem appearances to his followers and skeptics alike an entire religion was founded.

Our best historical textual evidence informs us that Jesus’ earliest followers hid behind locked doors following the crucifixion (John 20:19). This is expected and would clearly be the natural response. If the disciples, who were associated with Jesus as they followed him wherever he went, were captured alongside Jesus they would have too been crucified. This well explains why Jesus’ most intimate disciple Peter denies being associated with Jesus for the obvious fear of undergoing the same punishment (Mark 14:69-70, Matthew 26:73-75, Luke 22:54-57, John 18:13-27). Beyond this they were afraid to publicly talk about Jesus (John 7:13), and during Jesus’ arrest they fled (Mark 14:50; Matthew 26:56). However, they had a radical transformation. We see this transformation in the book of Acts. We are told that they begun proclaiming the risen Jesus with the resurrection being their central message. Both Jesus’ apostles Peter and John are imprisoned for this (Acts 4), and in Acts 5 we see that apostles are arrested, imprisoned, and flogged. Acts 12 informs us about the martyrdom of James, the brother of John, and another imprisonment of Peter. Stephen was stoned to death after his witness before the Sanhedrin (Acts 6–8). The first statewide persecution of Christians is reported as being under Nero in 64 AD as reported by Tacitus (Annals 15.44:2–5) and Suetonius (Nero 16.2). Although persecution was sporadic and local, from this point forward Christians could be arrested and killed for proclaiming the name of Jesus. According to Revelation, John is said to be in Patmos where he was possibly exiled to (1:9). As we saw above in the context of Paul, Clement of Rome (writing around 95 AD) attests to the persecution and martyrdom of both Peter and Paul. Clement writes that “Peter, through unrighteous envy, endured not one or two, but numerous labors and when he had at length suffered martyrdom, departed to the place of glory due to him” (1). Further, Ignatius writing around 110 AD says that “on this account [of experiencing the risen Jesus] also did they [the disciples] despise death” (2). Sometime later Origen argues that the disciples would not have despised death if they did not in fact experience the risen Jesus (3). According to scholar Sanders “Many of the people in these lists [of witnesses] were to spend the rest of their lives proclaiming that they had seen the risen Lord, and several of them would die for their cause” (4). Exegete Gary Habermas articulates that “Virtually no one, friend or foe, believer or critic, denies that it was their convictions that they had seen the resurrected Jesus that caused the disciples’ radical transformations. They were willing to die specifically for their resurrection belief” (5).

This is very much unlike the other failed messiahs who were crushed by the Romans. When they were crucified their movements came to a grinding halt and their followers disbanded. For Jesus his followers fled in fear, but not long after returned to the scene proclaiming that he was resurrected. This was a highly unexpected event in Jewish history as well as being antithetical to Jewish thought. Jews believed the resurrection would occur on the last day and not in the middle of history in the form of a single individual, a fact that led Jewish scholar Vermes to explain that “above all…neither they [the disciples] nor anyone else expected a resurrection” (6). In agreement philosopher and biblical exegete William Craig explains that “The disciples would have been completely un-Jewish to adopt language of resurrection from the dead to express their experience, and there were other categories of Jewish thought and vocabulary that could have been used to express their experience, and resurrection – which had reference solely to the raising up of the dead body in the tomb to new life – was not one of them” (7).

This radical transformation coupled with Jesus’ uniqueness compared to other failed Jewish messiahs is why Professor N.T. Wright concedes, “That is why, as an historian, I cannot explain the rise of early Christianity unless Jesus rose again, leaving an empty tomb behind him” (8). 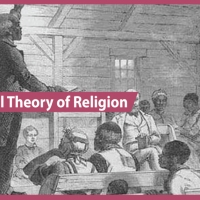 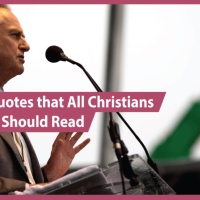